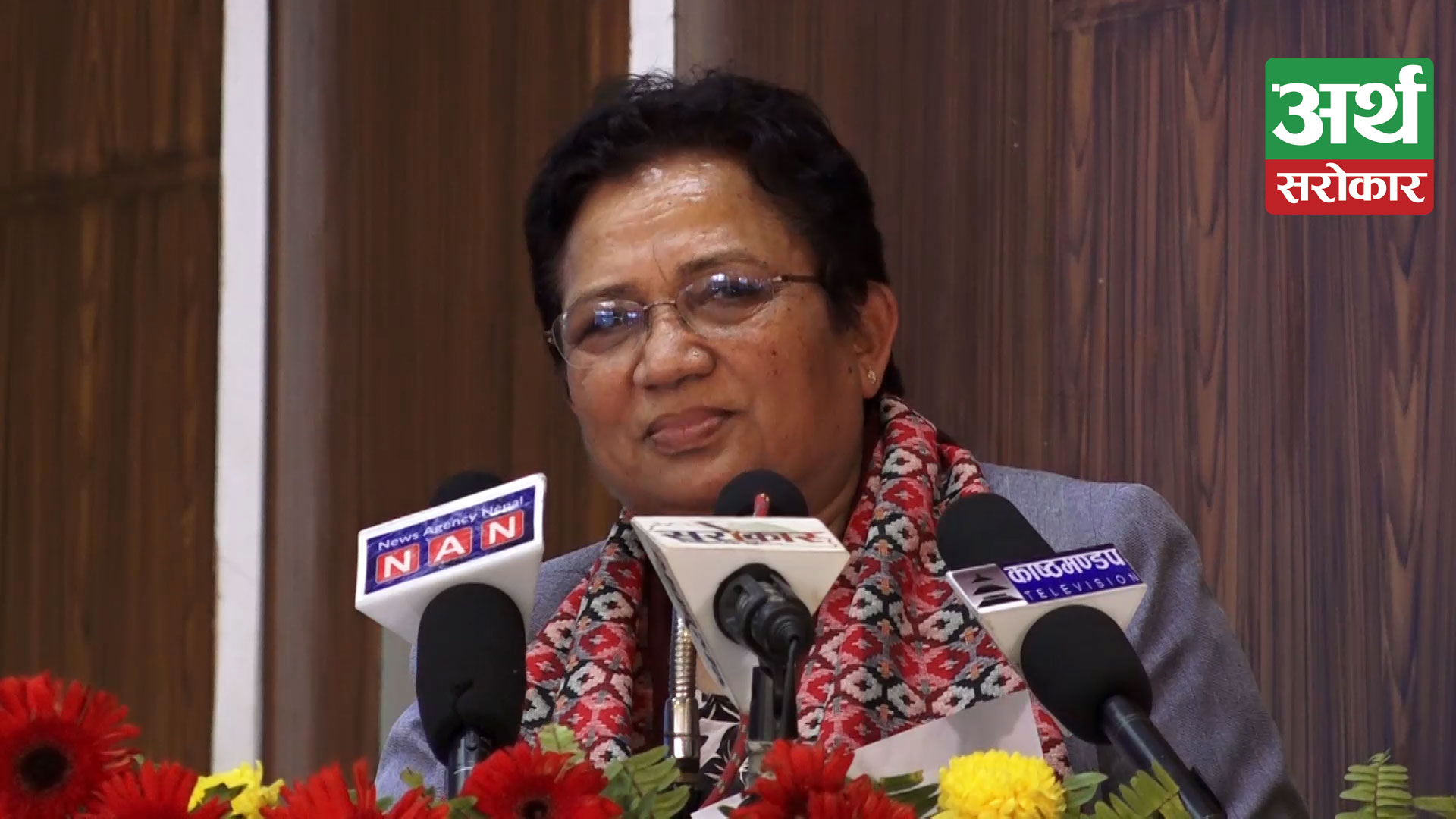 KATHMANDU
Minister for Energy, Water Resources and Irrigation Pampha Bhusal viewed that we should reap economic benefits through integrated management and multiple use of water resources.
At a programme organized by Department of Water Resources and Irrigation and various research organizations related to water resources sector here today, Minister argued that natural resources were the mainstay of socio-economic development of the country and drew the attention of stakeholder agencies towards proper utilization of the natural resources.

Stating that there were challenges in water management, Bhusal asserted, “More than 80 per cent of the water is available during the monsoon season. In lack of proper utilization of the water, were forced to deal with natural disasters such as landslide and flood incurring us huge financial loss every year. Attributing lack of water during dry seasons for drinking water, irrigation and electricity generation due to effects of climate change on biodiversity, the Minister explained, “Glaciers are melting due to the effects of climate change and natural disasters like heavy rainfall and drought are affecting overall sectors.”

She spoke of the need to find solution to the problem by conducting integrated research and study on impact on energy and food crisis, conservation of biodiversity, development and management of water resources. Furthermore, Minister Bhusal was hopeful that through the development of climate-friendly irrigation system would help in reducing existing agriculture trade deficit by increasing productivity.