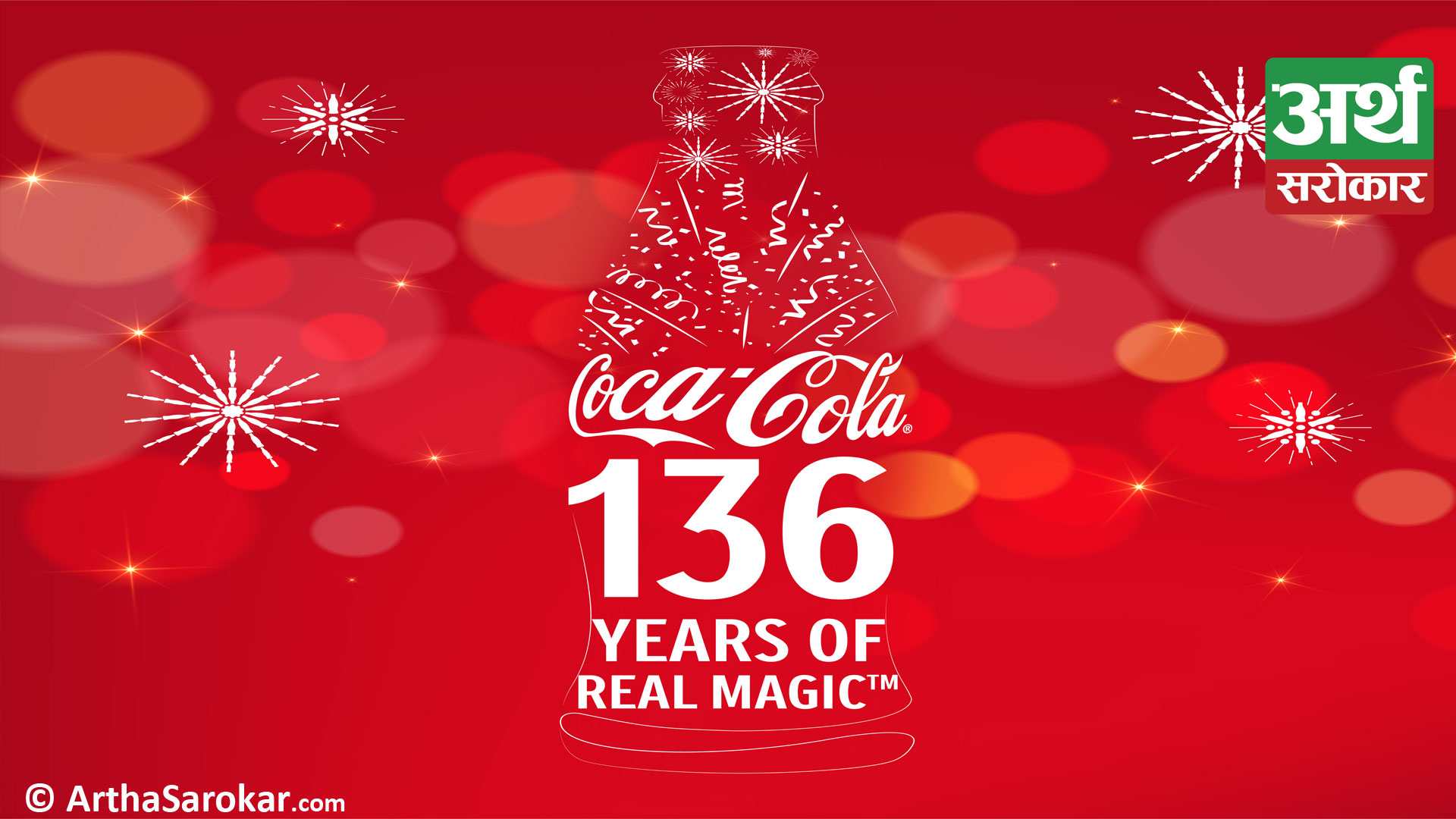 Coca-Cola was introduced on 8th May 1886 and today marks the company’s 136th anniversary since its birth at a soda fountain in downtown Atlanta, Georgia. The world’s favorite drink Coca-Cola was introduced when the curiosity of a pharmacist in Atlanta, Dr. John S Pembertonled him to create a distinctive tasting soft drink; Coca-Cola. The super drink that conquered the hearts of millions worldwide has been refreshing people across the globe since its first production. The drink has associated itself with refreshment, enjoyment and celebration. The taste of Coca-Cola is unique in itself and for years, it has given people around the world, drinks they want and love and has been a catalyst for social interaction and now, the company operates in more than 200 countries.

Coca-Cola was introduced in Nepal almost five decades ago and has established two plants in Balaju (Bottlers Nepal Limited) and Bharatpur (Bottlers Nepal Terai Limited) in the country which manufactures its tasteful portfolio of beverages including Coca-Cola, Coca-Cola Zero Sugar, Fanta, Sprite and Kinley. In Nepal, Coca-Cola continues to commit towards building stronger bonds with its local consumers by introducing affordable packs with localized concepts which resonates with the Nepali consumers. By doing so, Coca-Cola Nepal has been providing wider choice of beverages and making it easier for Nepali consumers to choose their favorite packs. Earlier this year, the smallestand most affordable pack available in a 175ml RGB bottle at just Rs 25 was relaunched with the name “Kanchu” (youngest) which has the Coca-Cola logo printed in Nepali language, establishing deeper connections with Nepali consumers. Likewise, Momotsav, a localized version of the global “Coke and Meals” concept has been widely celebrated across Nepal consecutively for 7 years.

Sustainability is at the heart of the business for Coca-Cola Nepal, and had launched its maiden Sustainability Report in 2021 which highlights key areas of Waste Management, Water Stewardship and Women Empowerment.The Coca-Cola Company’s global initiative “World Without Waste” is aimed at reducing plastic footprint, and its key strategic pillars for Nepal includes Deign, Collect and Partner. With its strong three-pronged Water Strategy-Reduce, Replenish & Reuse Coca-Cola Nepal has proudly become a Water Neutral company. To empower women in its system, Coca-Cola has launched “Saksham” retail training for women who own retail stores and small eateries in Nepal which aims to train 1000 women by the end of 2022.

About Coca-Cola in Nepal

Coca-Cola in Nepal refreshes consumers across the country through its core product offerings of Coca-Cola, Sprite, Fanta and Kinley, and impacts thousands as a System. The Company works with WWF Nepal, WaterAid Nepal and Smart paani on innovative integrated water management solutions for water conservation, water replenishment and to improve livelihoods of communities which has made Coca-Cola a 200% water positive company. As part of The Coca-Cola Company’s commitment towards a ‘World Without Waste’, Coca-Cola Nepal has been working with Himalayan Climate Initiative and GIZ for a PET Recollection Social enterprise that encourages recycling of PET waste in Kathmandu and recently partnered with Creasion to establish a responsible PET recovery and recycling hub in Chitwan. Through the STAR Retailer training program, Coca-Cola Nepal is also empowering women retailers, in line with The Coca-Cola Company’s global 5BY20 initiative. Coca-Cola Nepal continually engages in locally relevant initiations to bring about a positive difference to the lives of communities across the country.