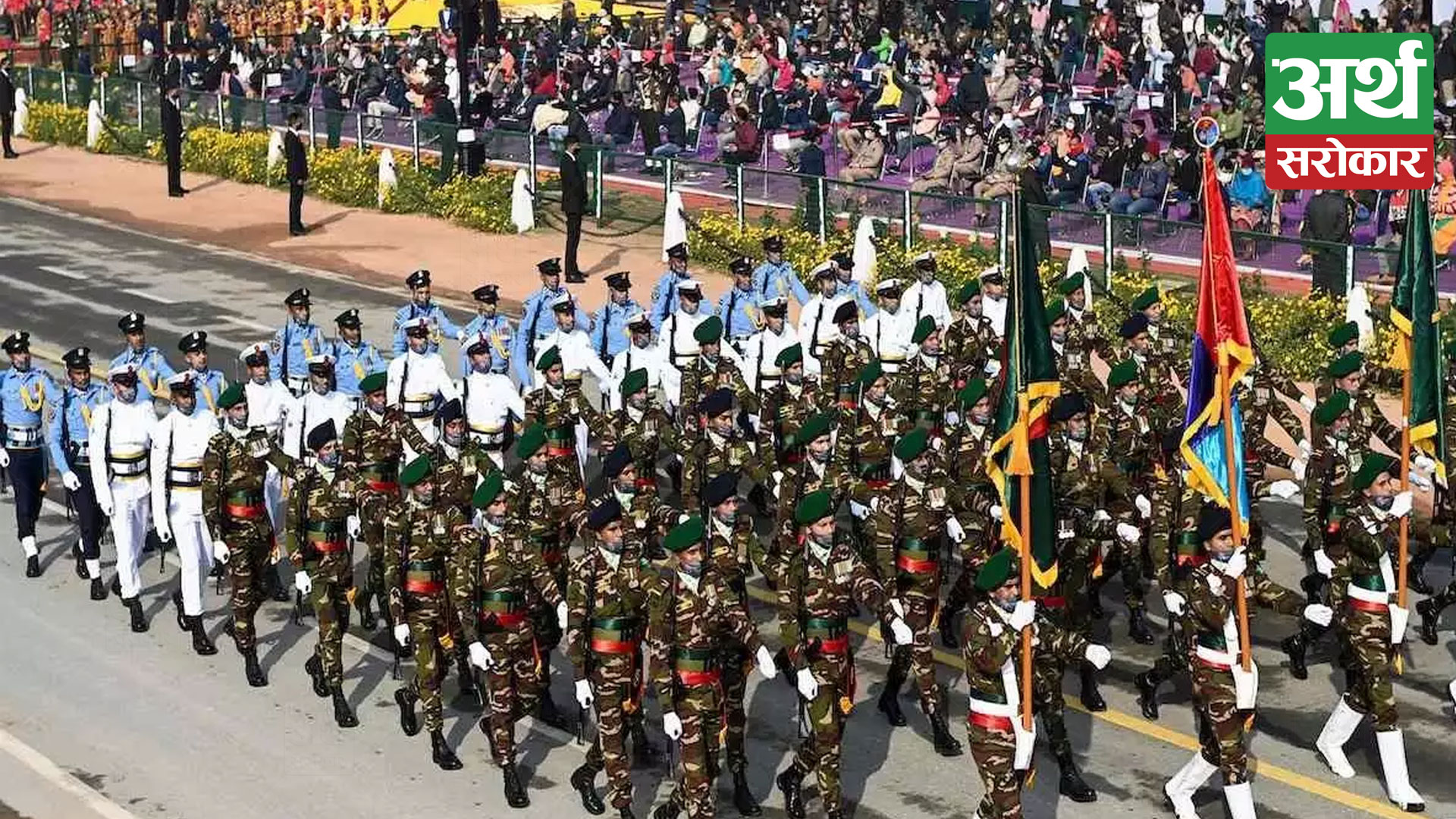 Fifty years ago, India was a major part of the Bangladesh War of Liberation on 1971 as it helped the then, East Pakistan turn into a new country, Bangladesh and this changed the dynamics of South Asia forever. With the birth of Bangladesh, India signed a 25-year ‘Treaty of Friendship and Cooperation.’ Today, India and Bangladesh share several civilizational links, diplomatic, economic and security ties which have further resulted in stronger bilateral relations between the two countries in the present times. For India, Bangladesh holds a place of great importance as it is an immediate neighbour and a valuable pillar of India’s ‘Neighbourhood First Policy’.

Defense, security and strategic ties are growing day by day between India and Bangladesh. India considers Bangladesh as an eternal strategic ally. India has extended a $500 million line of credit to Bangladesh for defence imports from India, and has gifted 18 new 120mm mortars to the Bangladesh Army in December 2020 under army-to-army cooperation.

In January in 2021 a 122-member Bangladeshi tri-services contingent also participated in India’s Republic Day parade. Two Indian naval ships — INS Kulish and INS Sumedha — visited Mongla Port of Bangladesh from 8-10 March, marking the first naval visit that India has undertaken for the first time in the last 50 years. Bangladesh continues to be India’s “closest neighbour” and ties with the country have entered a “golden era”. As US wants more strategic engagement with Bangladesh, India also would like to deepen its partnership with Bangladesh. Of course, it would be win-win situation for both countries.

It is understood that the two army chiefs also exchanged views on the evolving geopolitical situation as well as its possible impact on regional security. Defence and security ties between India and Bangladesh are on a higher trajectory in the last few years. The year 2021 marked the 50th anniversary of the Liberation of Bangladesh. Both India and Bangladesh have highly skilled and professional armies and they cooperate with each other to maintain peace in the Eastern region.

Reflecting close ties, India is also hosting several events to mark the 50th anniversary of the 1971 war that led to the liberation of Bangladesh. The defence cooperation between Bangladesh and India has been increasing gradually. The cooperation between the armed forces of the two countries have been continuously rising through different programmes including defence discussion, joint training and drill.

During Sheikh Hasina’s four-day visit to New Delhi in April 2017, Bangladesh and India signed two defence agreements, the first such agreements between India and any of its neighbors. Under the agreements, the militaries of the two countries will conduct joint exercises and training. India will help Bangladesh set up manufacturing and service centres for defence platforms that both countries possess with the aim of achieving self-sufficiency in defence manufacturing in Bangladesh, and will also provide the Bangladesh military with expert training, and technical and logistic support. India also extended its first ever defence-related line of credit to a neighboring country, by providing Bangladesh with $500 million to purchase defence equipment.

Also, the militaries of the two countries have played quite an extensive role in taking up common issues to enhance and conduct training programmes to deal with counter terrorism issues, natural disasters, ensure Humanitarian Assistance and Disaster Reliefs (HADR). Very, recent in March 2019, Indian Army’s current Chief of Staff, then as GOC-in-C of the Eastern Army Command, General M.M. Naravane visited to the Chief of Army Staff, of Bangladesh, General Aziz Ahmed to hold talks related to boosting of Intelligence sharing between the 2 countries along with developing other areas of defence cooperation. The visit has most importantly come up at the time, when Myanmar decided to take strong actions in order to act against the operating insurgent groups which were operating foiling up terrorist activities on both the sides of India and Myanmar, along with that had discussions on various options to enhance the conduction of Military exercises at a more rapid and strong scale.

Defence and security are important aspects of bilateral ties between India and Bangladesh with armed forces of both the countries cooperating and coordinating with each other at various levels. On 16th December, Foreign Secretary Harsh Vardhan Shringla said that Bangladesh would soon import defense-related commodities from India under the US$ 500 million Line of Credit offered by New Delhi, as certain identified items are being fast tracked. President Ram Nath Kovind on his first state visit to Bangladesh at the request of his counterpart M Abdul Hamid to attend the golden jubilee celebrations of Bangladesh’s independence from Pakistan in 1971, met with the country’s top leadership on December 15, 2021.

President Ram Nath Kovind was received Prime Minister Sheikh Hasina, and the two leaders discussed a number of matters of mutual interest and bilateral cooperation. They discussed how far their complex and comprehensive bilateral ties have progressed. During President Kovind’s conversations with Bangladesh’s highest leadership, the defence issue was discussed. India has extended the line of credit for defence items for US$ 500 million. Several goods have been identified and are being fast expedited under this line of credit; they’re in a reasonably advanced level of processing. (According to media reports)

President Ram Nath Kovind told the top leadership in Bangladesh that Bangladesh has a “special place” in India’s “Neighbourhood First” policy, and that the bilateral relationship, which is based on sovereignty, equality, trust, and understanding, is mature enough to deal with the “most complex of problems.” In the sector of the bilateral military cooperation, India and Bangladesh have been contributing the largest number of troops to United Nations Peace Keeping operations. Counter-terrorism is an area which has seen increased cooperation between the two Armies.

Bangladesh’s strong stand against terrorism resonated with India’s own resolve to counter terrorism in all forms. India is conscious of Bangladesh’s efforts to deny space to terror groups that are carrying out subversive activities against India. In turn India should continue to prevent any terror outfit to use its soil against the interests of Bangladesh.” India had experienced adverse situations in some of the States close to Bangladesh but since assumption of power in 2009 the Government of Prime Minister Shiekh Hasina had offered all support. It ensured that no one gets to use Bangladeshi soil to harm any neighbouring country. Bangladesh has resolved to not tolerate terrorism, radicalism in any form and not to allow her soil to be used for this purpose.

India repeatedly lauds Bangladesh’s zero tolerance policy against terrorism, Indian Prime Minister Narendra Modi, Indian President Ramnath Kovind, Foreign Minister, Home Minister and Chief Ministers of neighboring states had often expressed their appreciations and gramercy. For now, the insurgency is on its lowest in the North-eastern part of India, for which the Chief Minister of Assam, Hemant Bishwa Sharma has expressed his gratitude to Bangladesh and desire to enhance business and connectivity between Bangladesh and North-East India.