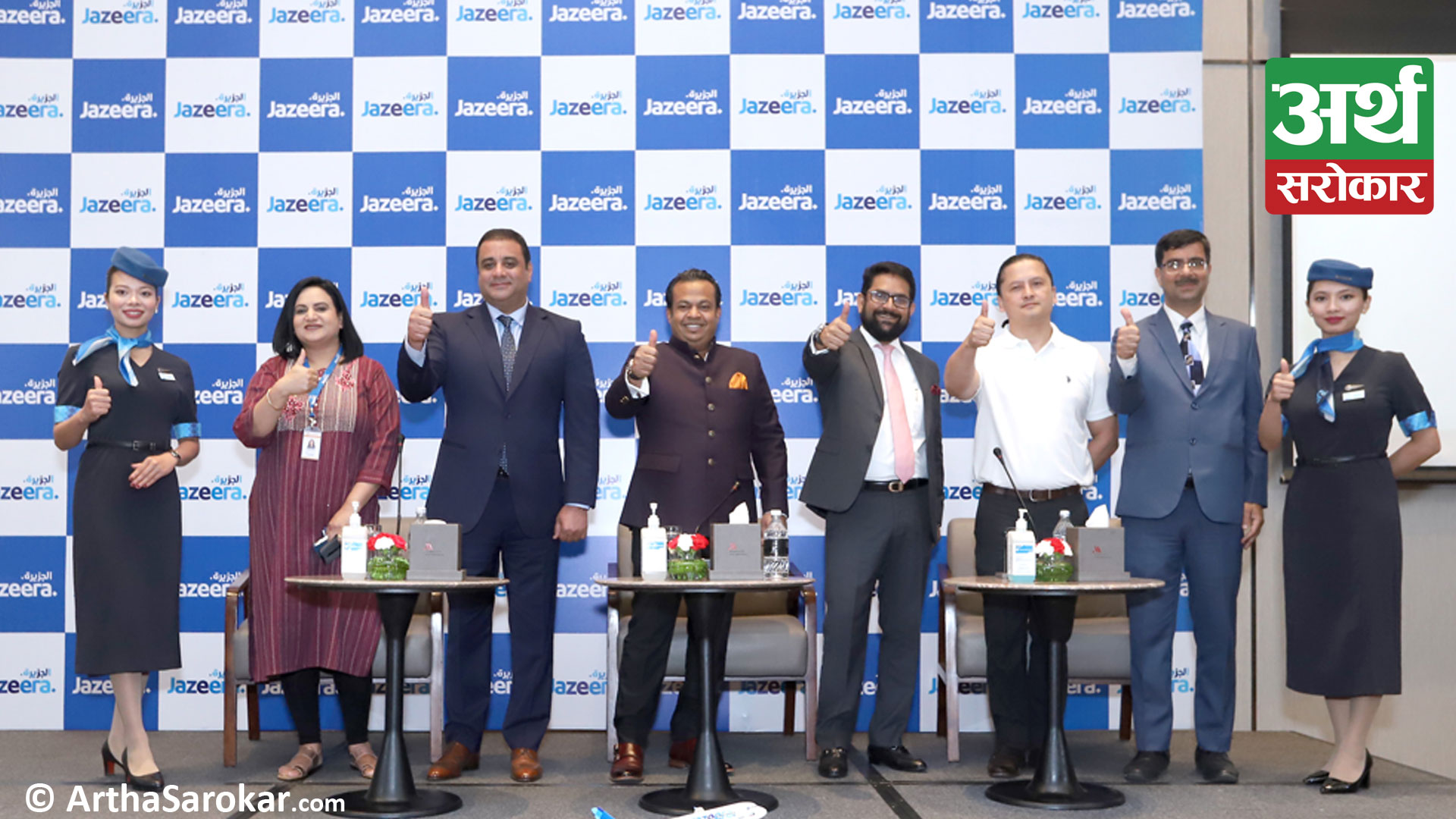 KATHMANDU
Kuwait’s leading airline, Jazeera Airways is expanding its services in the Middle East, Asia, and Europe. It announced the launch of a new service to Gautam Buddha International Airport in Nepal, connecting the large community of Nepalese expatriates living in the Middle East and Europe to the south-west area of the country. This is the second service operated by Jazeera Airways to Nepal which responds to high demand for travel to the Terai plains of Nepal. Flights to Gautam Buddha International Airport had commenced on May 15, 2022.

Announcing the new route, Vice President-Sales for Jazeera Airways, Ravindran Bharathan said: “Jazeera Airways continues to expand its network to offer destinations that also cater to large expatriate communities that are often not served by direct routes from Kuwait and the Middle East. It now really makes it a lot easier for Nepalese and tourists to get into the Terai area of Nepal rather than going through an indirect route which could take up to more than a day of traveling. The new service to the Gautam Buddha International Airport is a direct service to the gateway of Lumbini – the birthplace of Gautam Buddha.”

Mr. Rabi Chandra Singh – Chairman of Society International Travel Services, a part of the RR Group of companies, stated, “After 74 years of international flights based only in the Kathmandu, this service is going to make a huge difference in the western part of Nepal. This newly opened international flight service will help boost tourism of Bhairahawa which is one of the potential sectors for economic development in Nepal. Let’s rejoice in this histor