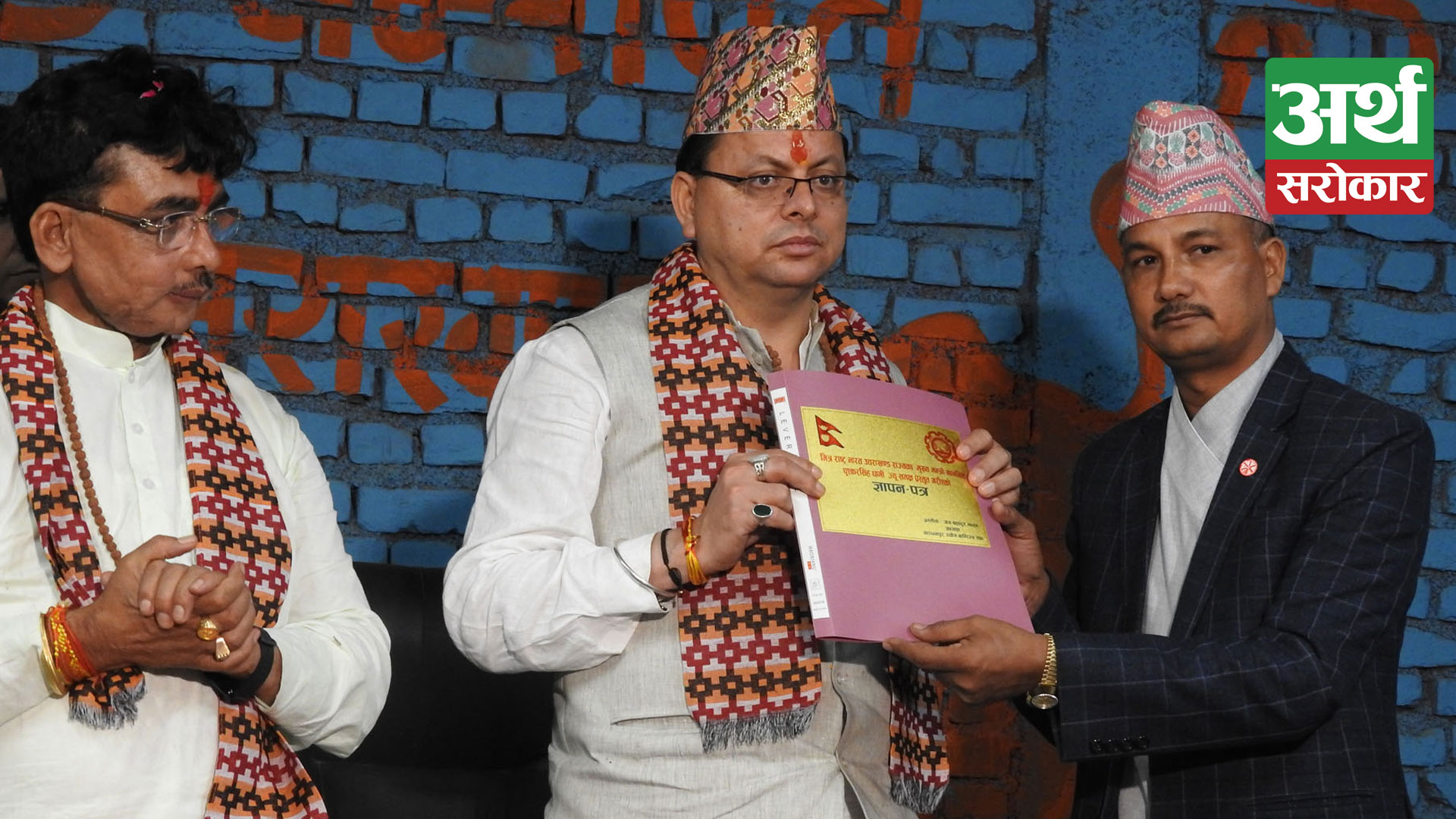 A delegation of the Kanchanpur Chamber of Commerce and Industry (KCCI) on Monday evening met with Chief Minister of Uttarakhand, India, Pushkar Singh Dhami, and handed a charter of demands.

The charter of demands incorporates the operation of the Banbasa Bridge around the clock and a route permit for vehicles bearing Nepali number plates from Purnagiri to Khatiya market. Earlier, the bridge along the Nepal-India border would remain open for four hours in a day and the opening hours was increased to seven hours on the initiation of the CM, said Chamber President Jung Bahadur Malla.

The delegation also demanded the establishment of an agricultural quarantine along the transit point. Additionally, it wants the Government of India to take initiation to ensure infrastructure construction for its connectivity for the proposed dry port at Dodhara Chandani. Receiving the memo, the CM said Nepal and India had religious and economic ties since ancient time and was positive towards the demands.