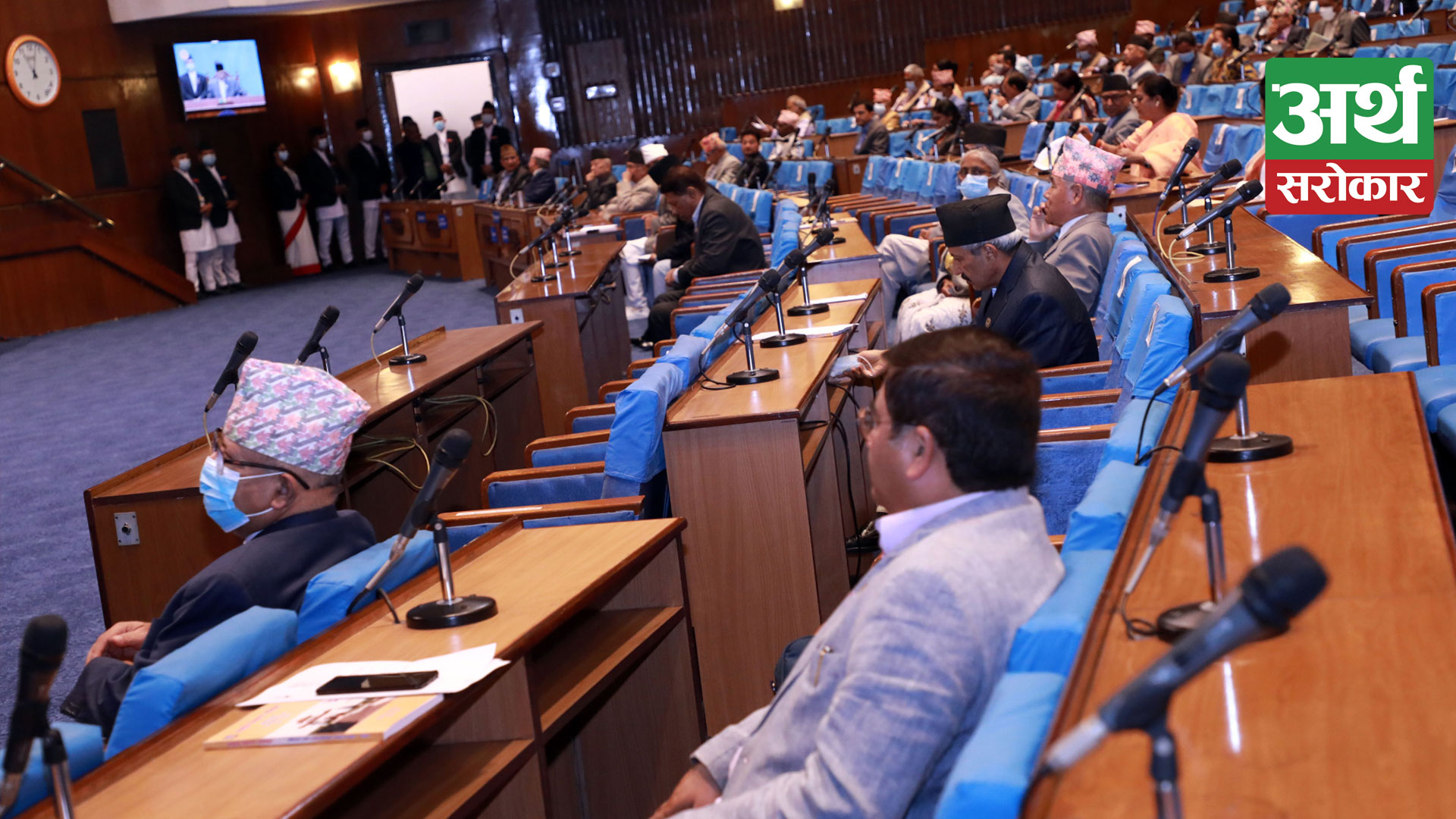 Taking part in the deliberations, Bhairab Sundar Shrestha, Shekhar Kumar Singh, Bhagawati Neupane and Bimala Ghimire who have proposed amendments to the policies and polices, defended the amendment proposals. As they viewed, ‘one household: one tap’ programme announced by the government is claimed to be for ensuring drinking water supplies to over 460 thousand people, but the concern is that under the programme, high and medium standard of drinking water to the target groups.

“People need pure drinking water and we want to the government to clarify us who are its target groups for high standard water and who are of the medium standard.” They alleged the recent local level elections were held in an unjust way despite the government claim that it was peaceful. Amendments have also been sought in regard with the government decision to exclude over 1,400 road projects introduced by the previous government. The deliberations continue.