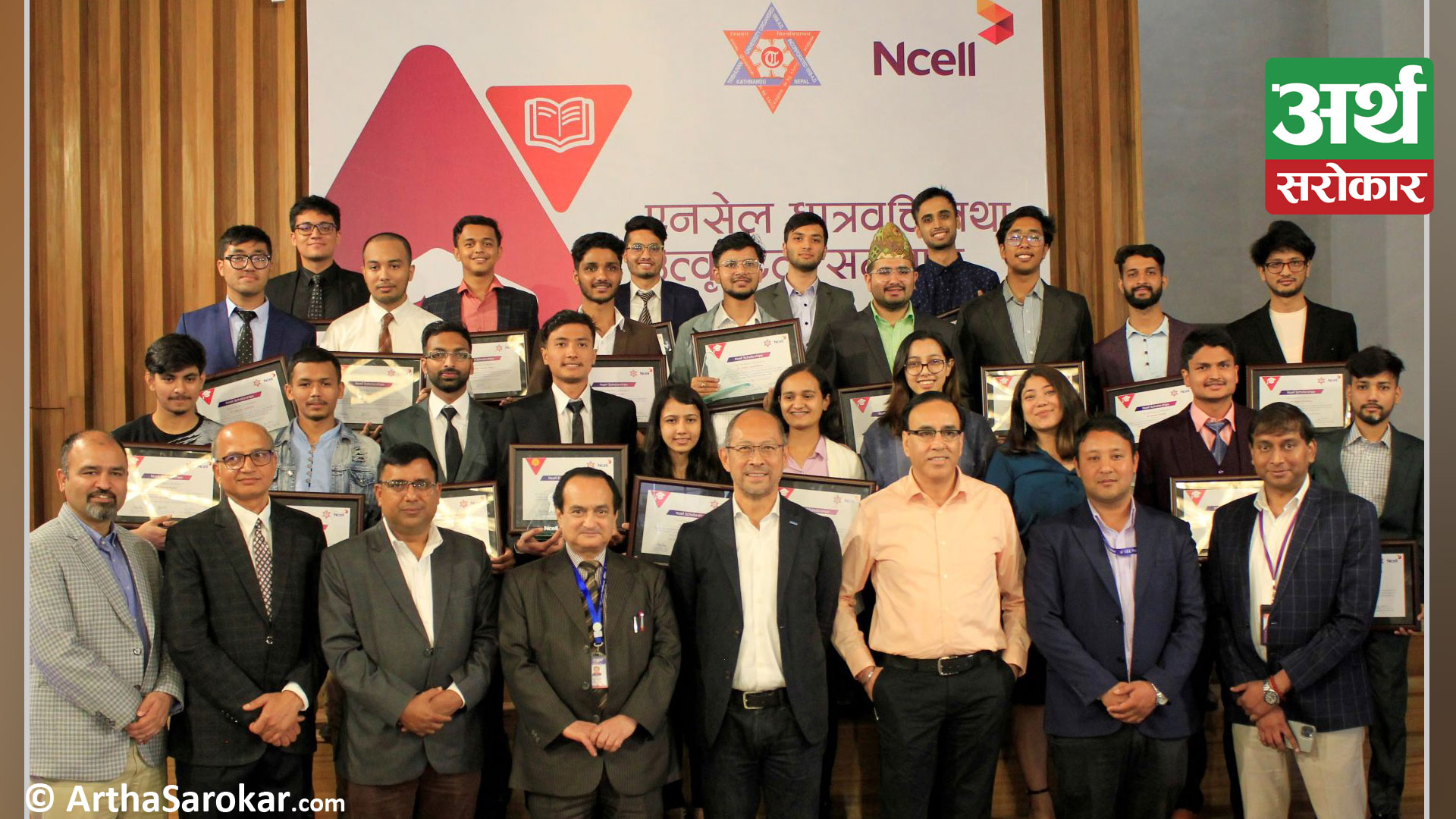 Ncell Axiata Limited conferred Ncell Scholarships and Excellence Awards 2021 to the outstanding students of five different faculties of the Institute of Engineering (IoE), Pulchowk Campus on Wednesday, under its Corporate Social Responsibility (CSR). The scholarships and excellence awards were handed over amidst a ceremony organised at Ncell ICON, the headquarter of the company in Kathmandu along with the faculty of IoE and family members of the outstanding students.

The scholarship and excellence awards programme instituted in 2014 aims at encouraging technical education and recognises young talents who have demonstrated extraordinary academic excellence. Civil, Electrical, Electronics and Communication, Computer, and Mechanical Engineering are the five faculties that have been incorporated into this programme. From the year 2021, a total of 18 Ncell Scholarships were conferred to the topper students. Similarly, 6 students who graduated from these five faculties securing the highest marks received Ncell Excellence Awards.