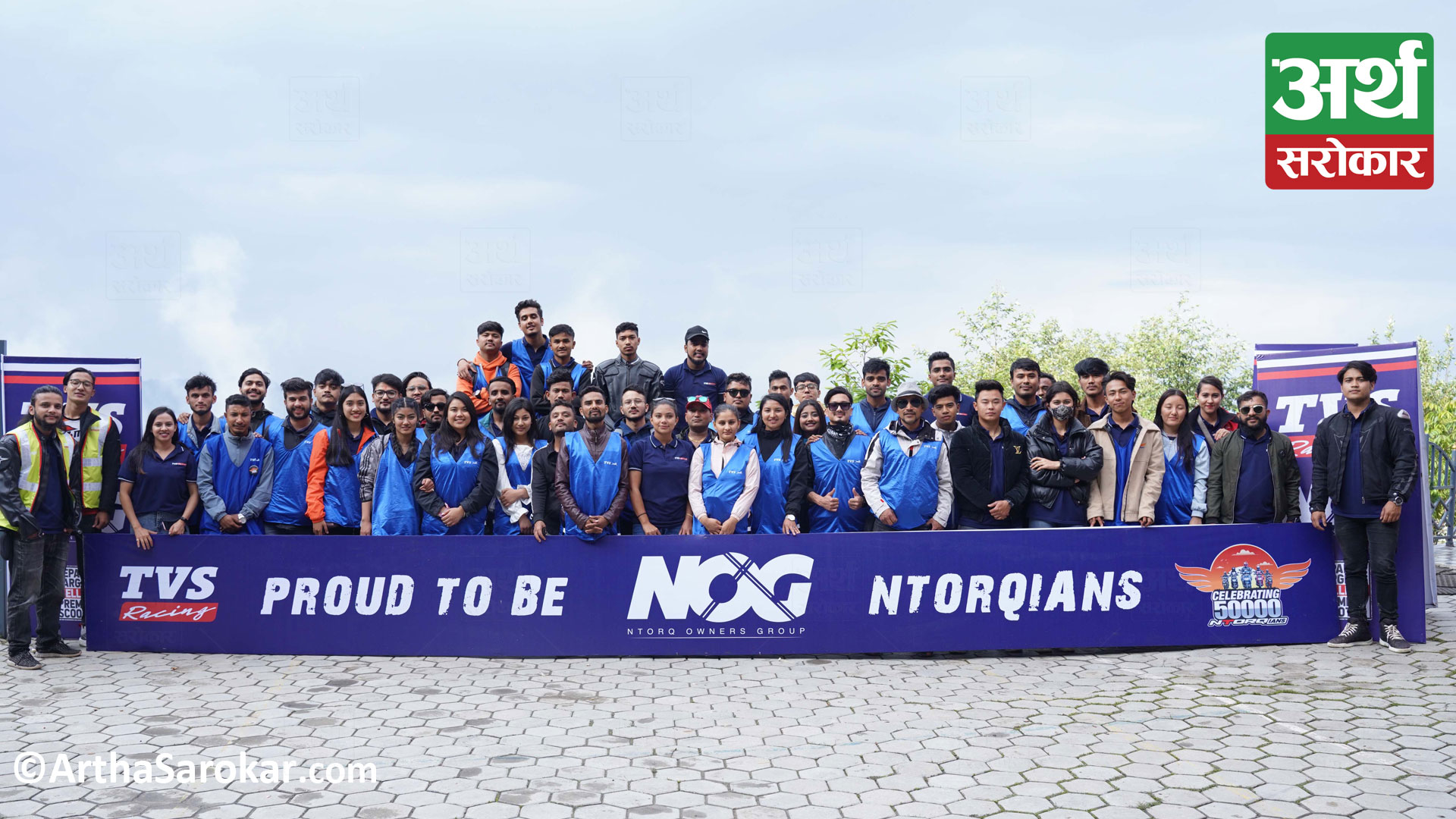 Jagdamba Motors, the sole authorized distributor of TVS scooters and motorcycles of TVS Motor Company of Nepal magnificently completed their NOG (NTORQ Owner’s Group) ride from Kathmandu to Bhotechaur. Organized on 28th of May, the ride started from Uni Ride showroom at Mahalaxmisthan in Kathmandu and reached Bhotechaur Haven Hill Resort via Balkumari, Tinkune Airport, Gaushala, Chabahil, Jorpati, Mulpani and Sankhu. Various games along with entertainment and interactive programs were held in unison between the riders.

According to the Deputy General Manager- Marketing,Vikram Poudel of Jagdamba Motors, the ride was attended by 70 riders with well-known Moto Vloggers, Rajkumar Thapa Magar, Alisha Khadgi, Thakuri Blog, and Ashish Blog along with Nepal’s famous female bodybuilder Sanam Mulghuti, famous male bodybuilder Amit Chandra Arya and artists Usha Upreti and Bipin Shrestha. He said that the ride was successful in increasing the closeness among the TVS NTORQriders and deepening the relationship between the customer and the company.

According to the organizer, the ride was conducted with the permission of the Government of Nepal with all safety precautions. The technical team provided information on various road safety rules and regulations to be followed by the rider throughout the ride. The ride has been organized as to continue the sale of 50,000 TVS NTORQ in Nepal. Various entertaining games were