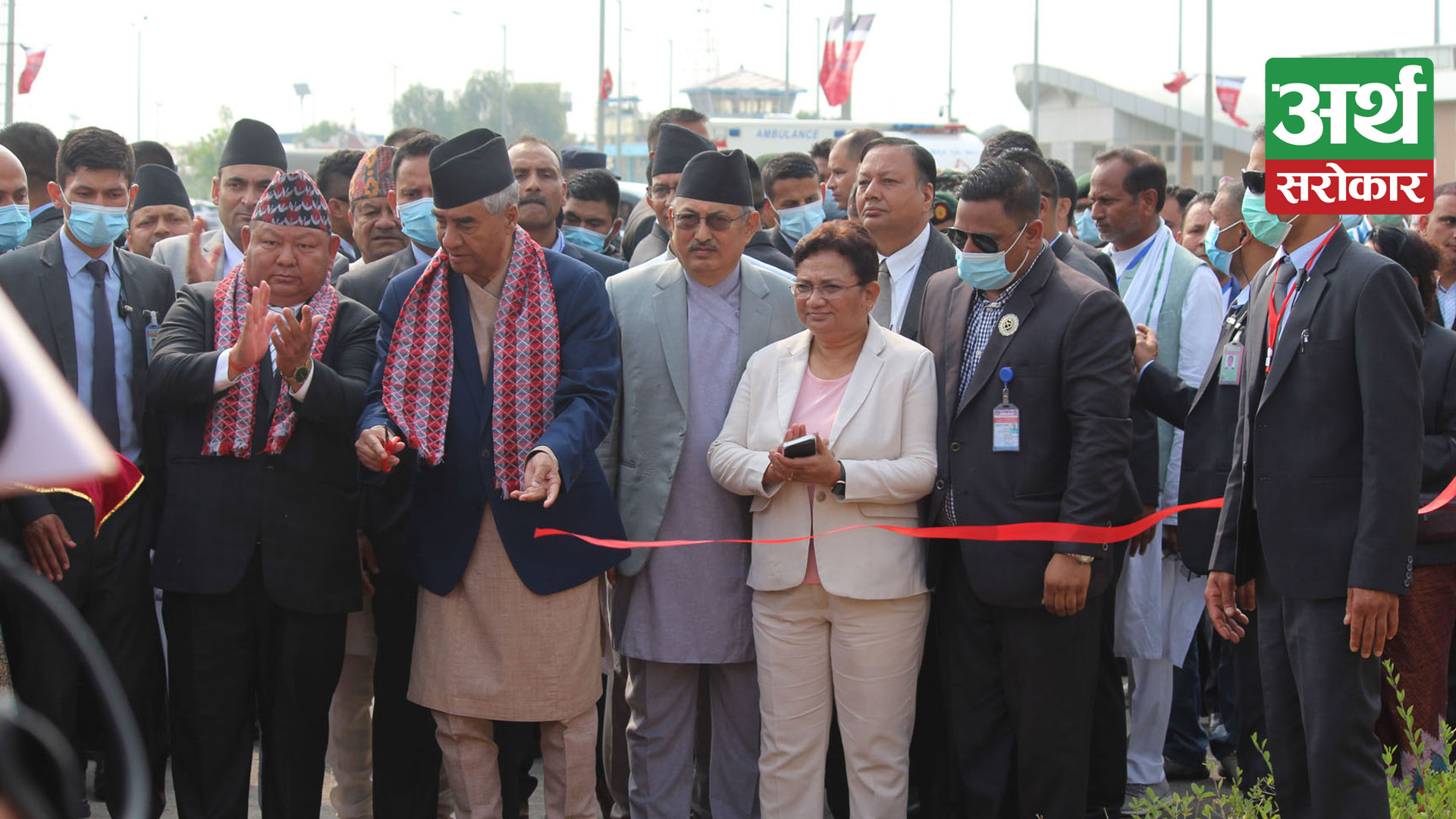 Prime Minister Sher Bahadur Deuba has formally inaugurated the Gautam Buddha International Airport (GBIA) in Bhairahawa today. On the occasion, the PM said that with the opening of GBIA has created foundation for the nation’s tourism and sustainable economic development, expressing the belief that tourist arrivals will increase with this. Stating that Nepal is a country with immense possibilities for tourism, he believed this airport would be of help in utilizing the tourism potentials and disseminating the message about Lumbini, the birthplace of Gautam Buddha, throughout the world.

Home Minister Bal Krishna Khand said the Gautam Buddha Airport will support promoting tourism in a big way. He shared that although the construction of the airport was delayed to some extent due to the COVID-19 pandemic, it is successfully constructed through the joint efforts from all sides. The Home Minister also thanked the former Prime Minister and the former Tourism Minister for their positive role in construction of the GBIA.Minister for Culture, Tourism and Civil Aviation Prem Bahadur Ale expressed that Nepal’s message of peace and prosperity would be spread across the world from the land of the Buddha. He said GBIA is one among the five national pride projects to be completed, adding that the country’s tourism and economic development would take a stride after the completion of all these five projects under the Ministry of Tourism.