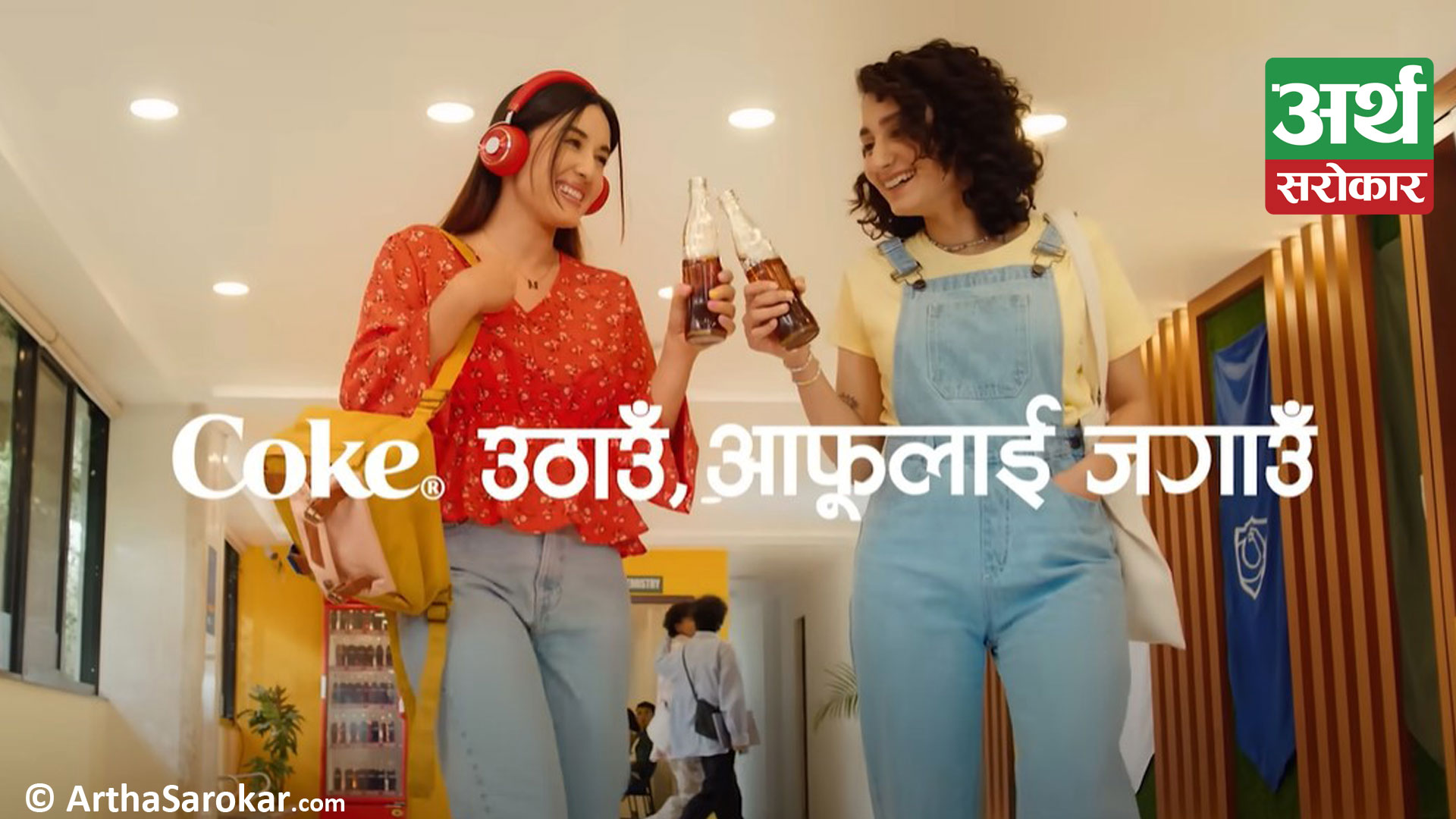 This year Coca-Cola in Nepal has launched the second edition of the global “Uplift” campaign in Nepal. The campaign this year comes with a new tagline “Coke Uthaun, Afulai Jagaun” which means to grab a Coke, turn up your energy. The new tagline portrays the relationship between Coke and upliftment and how Coke is the catalyst to upliftment. The aim of this campaign is to inspire teens and young adults to turn their dull days around and get away from their slump moments along with a bottle of chilled Coca-Cola.

As a part of the campaign, Coca-Cola in Nepal has unveiled a new Television Commercial featuring the model; Aditi Budhathoki. The TVC begins with Aditi in a school hallway leaning against the wall with her headphones on listening to music while waiting for her friend. The afternoon slump has hit her which has made her lethargic and lets out a yawn, uninterested in the music she is listening to. We then see a third person (revealed to be Aditi’s friend) grab two bottles of Coke from the cooler and walk over to Aditi, Aditi sees her friend with Coke in her hands and the sight of Coke brings a smile to her face. She gulps down the refreshing Coke and which gives her a boost of bubbly energy. Her dull gets uplifted and the music she was listening to becomes clearer and then she starts to twirl around with her friend in tune with the music.

Commenting on the campaign, Mr. Adarsh Avasthi, Country Director of Coca-Cola Nepal said, “We launched this campaign to remind our consumers that if at any moment you feel dreary and not 100% into it you can always turn it around and enliven the moment with a bottle of Coca-Cola.Wherever you are and whatever the time, a bottle of Coke can uplift you .”

Mr. Pradip Pandey, Managing Director, Bottlers Nepal Ltd. said, “This campaign is all about conveying the message of upliftment that can be brought on by a bottle of ice-cold and bubbly Coke. I am sure everyone goes through an afternoon slump sometimes and we encourage our consumers to break from their slump and get energized with a refreshing Coke.”