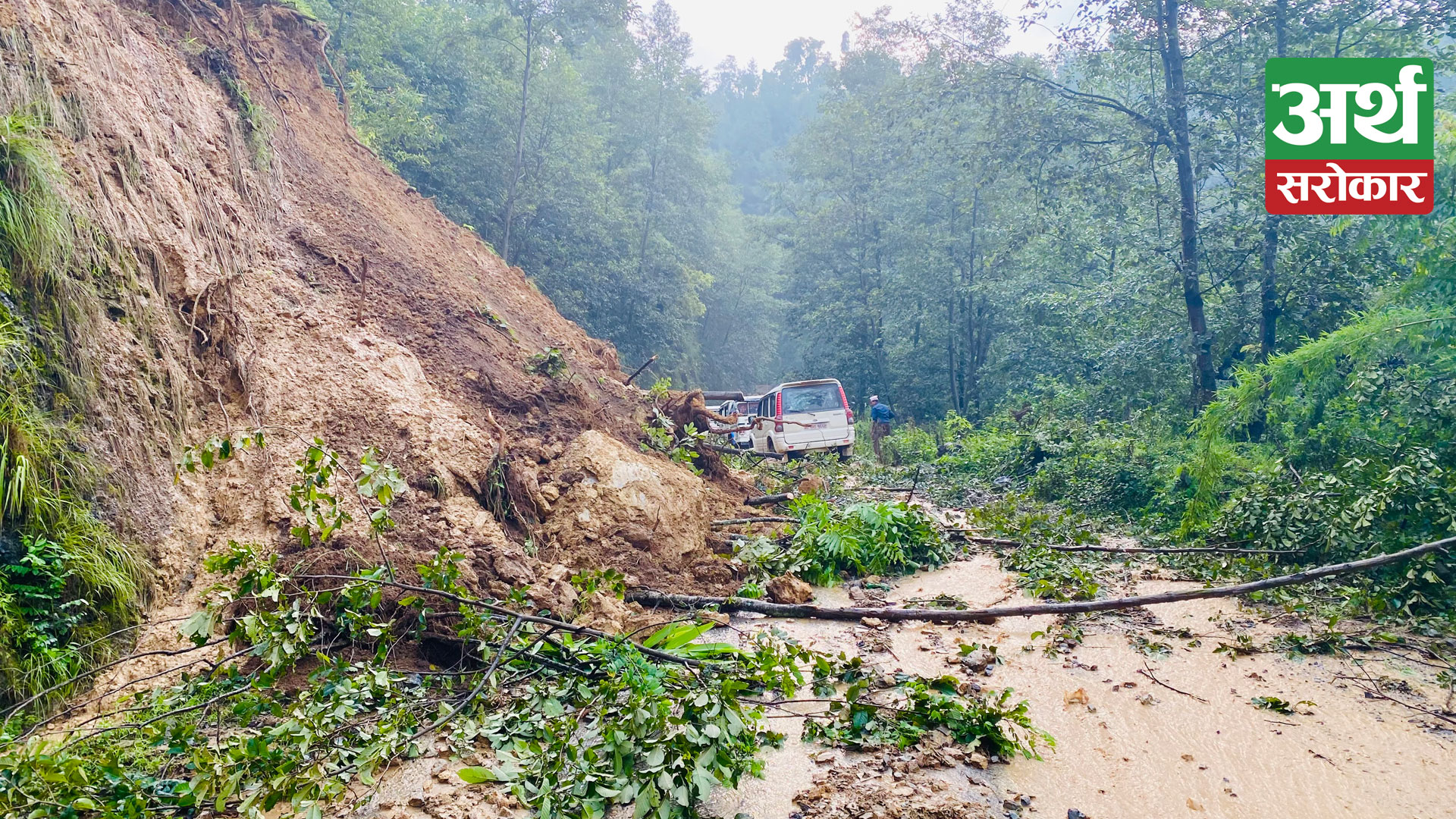 Ghodabandhe Galkot section of the Mid-Hill Highway has been obstructed by landslides at various areas. Torrential rainfall since Wednesday evening caused landslips at over a dozen places along the road, thus causing the road blockage, said road authorities.

As a result, transportation on a long and short route has come to a halt affecting passengers and pedestrians, said the local people. Vehicles heading for cities like Kathmandu and Pokhara and for Baglung district headquarters have been stock midway. It takes some time to open the obstructed road as it has been badly damaged by landslides, said Mayor of Galkot Municipality Bharat Sharma Gaire.

Similarly, 35 houses at Narethanti bazaar have been at high risk of being swept away, said the municipality-2 ward chair Him Bahadur Bhandari.
The swollen Nakate river has eroded its banks advancing towards the riverside settlements, said local people. Local Mahendra Secondary School is at the risk as flooding has also buried its playground.