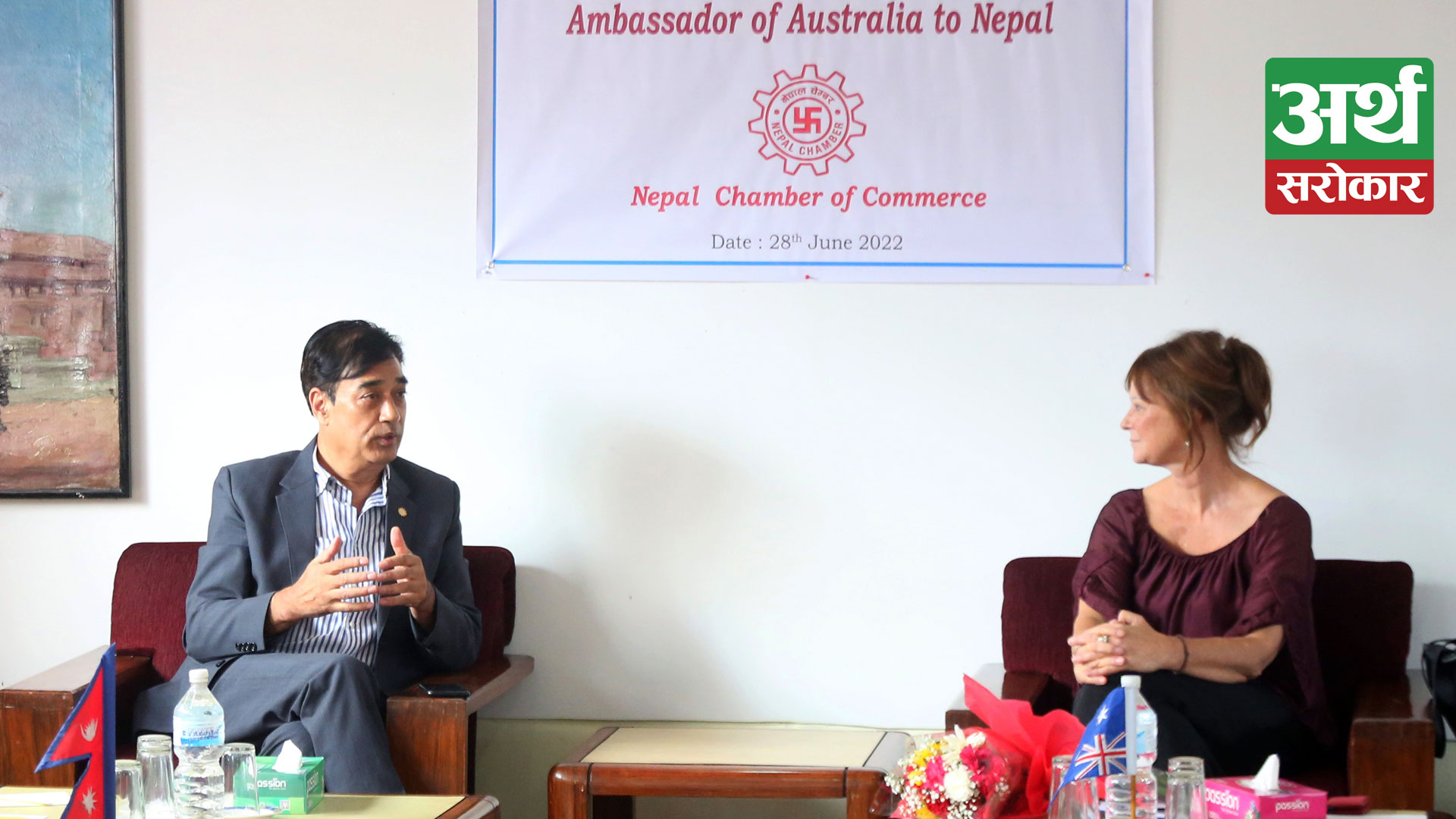 Nepal Chamber of Commerce President Rajendra Malla has urged Australia to invest in Nepal confidently as it has already ensured abundant policy-level reforms in the relevant field. During his meeting with Australia’s ambassador to Nepal, Felicity Volk, here today, Malla sought the help of Australia to promote industries relating to herbs processing and mining and promote their international market.

He was of the opinion of connecting Nepal and Australia by a direct flight for the benefits of both countries. During the meeting that marked the completion of the 60 years of the establishment of diplomatic ties between the two countries, the ambassador said that 50 thousands Nepali students reach Australia each year on a student visa and their education enhancement and career are the top priorities of the government of Australia.