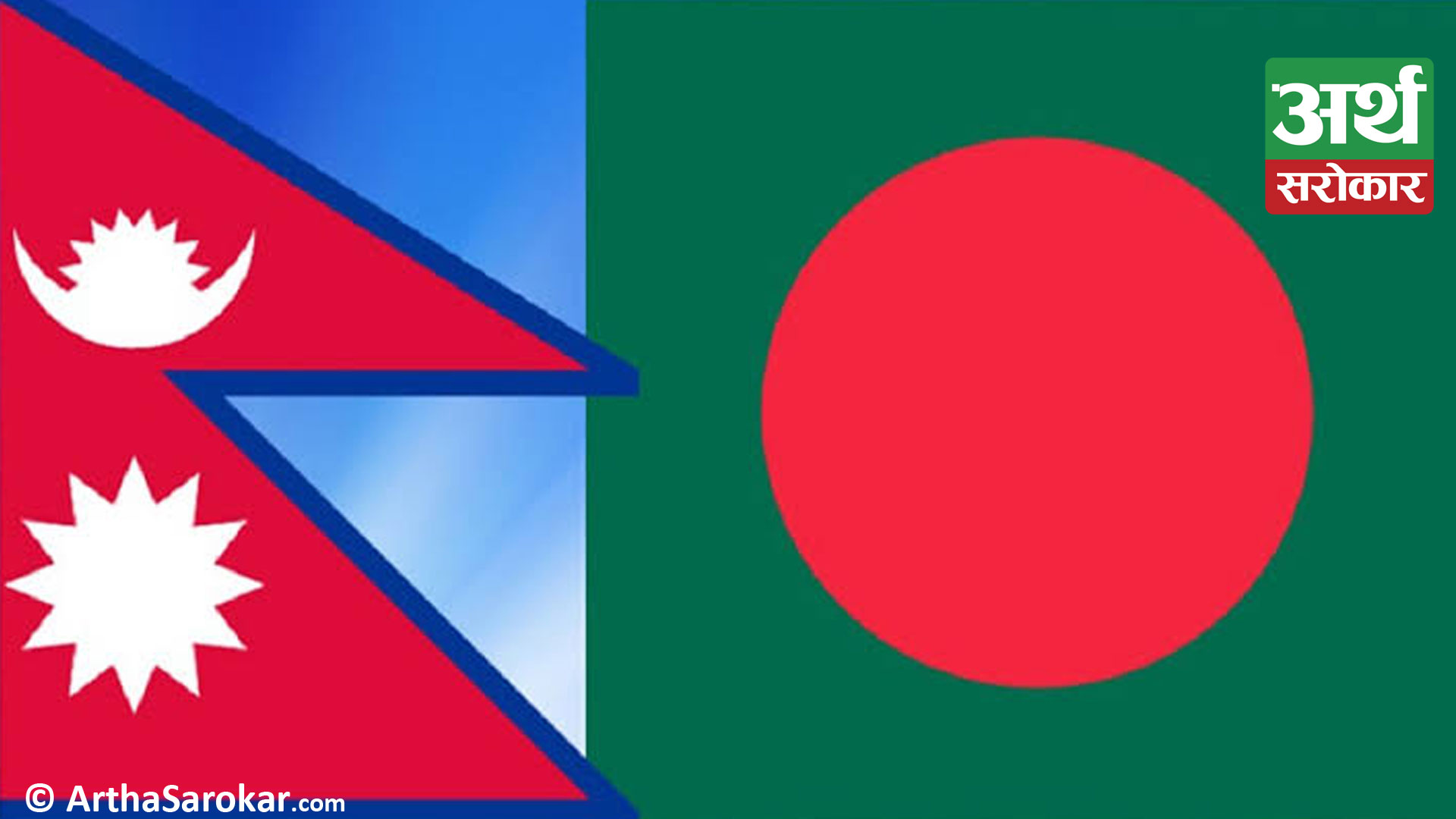 South Asian neighbors Bangladesh and Nepal share common regional platforms such as the Bay of Bengal Initiative for Multi-Sectoral Technical and Economic Cooperation (BIMSTEC) and the South Asian Association for Regional Cooperation (SAARC). Nepal recognized Bangladesh as a sovereign state in 1971 and the bondage between the two nations started from that time. Bangladesh, on its part, has always evinced interest in Nepalese culture, its agricultural development, extraction of stones, production of hydroelectricity, besides tourism.

The first Bangla poetry (Charjapad) was discovered in the library of Nepal’s King by a famous linguist Haraprasad Shastri. This collection of mystical poems shows the age-old ties between Nepal and Bangla. Buddhist priests, also known as Charjaguru, opened up the historical linkage. Nepal and Bangladesh are a short distance apart. The Siliguri corridor – also called the Indian Chicken Neck – in the northern part of India’s West Bengal state stands geographically between Bangladesh and Nepal.

The Nepal-Bangladesh ties have a lot of potentials. Bangladesh’s economy is booming day by day, and analysts feel It is going to be a South Asian superstar. Current rulers Bangladesh Awami league are trying to carry out massive industrialization to make it a high-income country by 2041. Nepal is also a prosperous country. Its people are peace-loving and hard-working, just like those in Bangladesh. Bangladesh and Nepal can connect to raise the living standards of their people.

Nepal is a huge source of hydroelectricity, and the Himalayan nation can supply it to Bangladesh to help the latter meet its demands. Bangladesh needs more electricity to run its factories. Nepal can thus play a significant role to boost Bangladesh’s economic strength. Nepal will also benefit as its electricity market would grow.

For this, the power transmission line has to be installed and Bangladesh, Nepal and India have to work jointly. India also stands to benefit, and as the South Asian big brother, it should play a positive role to boost Nepal-Bangladesh ties and trade. A trilateral trade scheme can be initiated alongside the border markets. Bangladesh will be able to export its ‘surplus’ electricity to Nepal during the dry season. In June 2021, Bangladesh’s state minister for energy Nasrul Hamid announced the country will import around 700 megawatts (MW) of hydropower from Nepal to meet its future electricity demand.

Bangladesh Foreign Minister AK Abdul Momen said a deal was in the final stages with Nepal and India allowing his country to import hydropower from the Himalayan state. According to Bangladeshi Media, Bangladesh signed a Memorandum of Understanding (MoU) with Nepal in 2018 to oversee investment, development and trade in hydro-electricity between the two countries. Under this arrangement, Bangladesh will import up to 9,000 Megawatt of hydropower from Nepal by 2040. Bangladesh is also keen to invest in Nepal’s hydropower sector.

Recently some Nepalese media reports said Bangladesh wanted to export its apparel and fertilizer to Nepal. A total of 52 thousand metric tonnes of urea imported from Bangladesh arrived in Nepal in July. Tourism, tackling Covid-19, counter-terrorism measures, microfinance, exchange of expertise for training and education sectors are some areas in which the two nations can work. Bangladesh can export agro-products and medicines to Nepal.

Bangladeshi conglomerate Walton Group, which deals in electronics, telecommunication, automobiles and computers, is active in Nepal. International NGO Brac and other Bangladeshi NGOs can play definitive roles to develop the mass education and health sectors in Nepal. Bangladesh signed a Preferential Trade Agreement with Bhutan on December 06, 2020. A Preferential Trade Agreement with Nepal is also at the final stage and is likely to be signed soon. This would enable duty-free access to products of both countries.

As an addition to the Protocol of the Nepal-Bangladesh Transit Agreement signed in 1976, a letter of exchange has been inked between the two countries to include the Rohanpur-Singhabad Rail Link between India and Bangladesh. Nepal is also interested in using Chattogram, Mongla and Paira Seaports because it is a landlocked country. Bangladesh has agreed to work on the modalities for this during the visit of Nepali President Bidhya Devi Bhandari in March.

Nepal has also expressed its interest to use the inland waterways of Bangladesh. Besides, Nepal is also keen to use the Saidpur Airport in Bangladesh’s Nilphamari district for direct flights to Biratnagar (the capital of Nepal’s province no.1). Bangladesh is open to it.

For implementing the BBIN Motor Vehicle Agreement among Bangladesh, Bhutan, India and Nepal, the four nations are exploring some new routes other than the existing ones. The agreement would permit the member states to ply their vehicles in each other’s territory for transportation of cargo and passengers, including third-country transport and personal vehicles. India, Nepal and Bangladesh should have a holistic diplomatic approach to bolster their connectivity project. There are many gains for all parties, and none stand to lose.