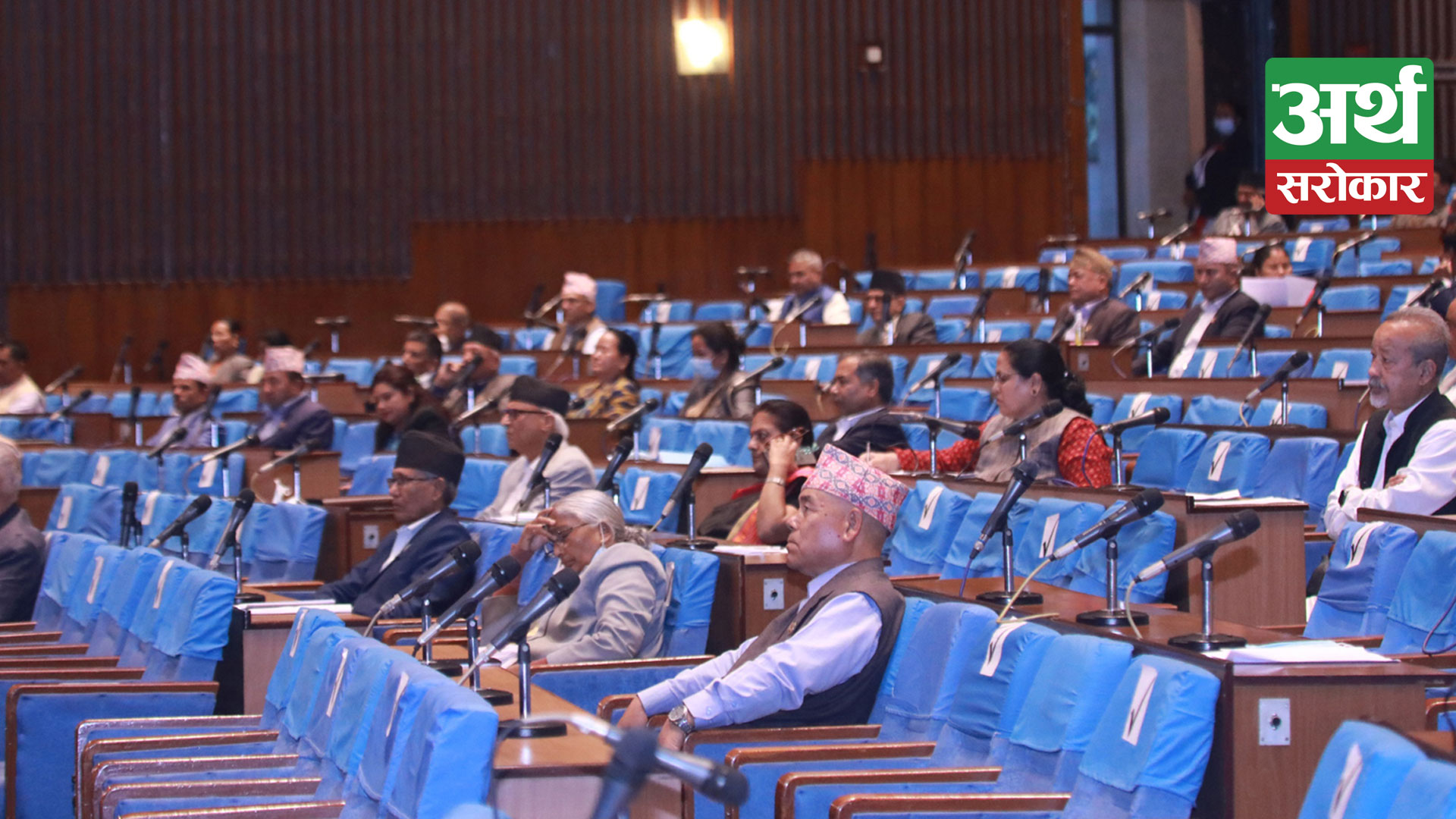 A proposal of urgent public importance has been tabled in a meeting of the House of Representatives (HoR) today, aiming to press the government to present a clear draft for reducing the prices of petroleum products. As the proposal stated, it was imperative to prod the government to come up with a clear draft to discourage the skyrocketing prices of fuel.
The proposal tabled by CPN (UML) chief whip Bishal Bhattarai accuses the government of failing to pay much heed to the major indicators of economy which led to the skyrocketing prices of foodstuff and consumer goods.

The government is alleged of not taking any measures to discourage inflation and increasing the prices of petroleum products such as cooking fuel, diesel, petrol and kerosene against provisions of automated price adjustment of fuels. As the proposal claimed, the multi-dimensional impact of the rise of prices of petroleum products had not been analysed and the need of discussions with opposition and experts from relevant fields was ignored to assess ways for price adjustment.

Though the Nepal’s constitution has guaranteed the citizens’ right to live with dignity, the price rise has made the livelihood of people with minimum and meagre income difficult,” the main opposition party says, adding. The proposal reads: “So it is imperative to come up with a clear draft promptly for reduction of the prices of petroleum products and thus to ensure the primary and most significant responsibility of the welfare State which is to make the basic needs of the people addressed.”