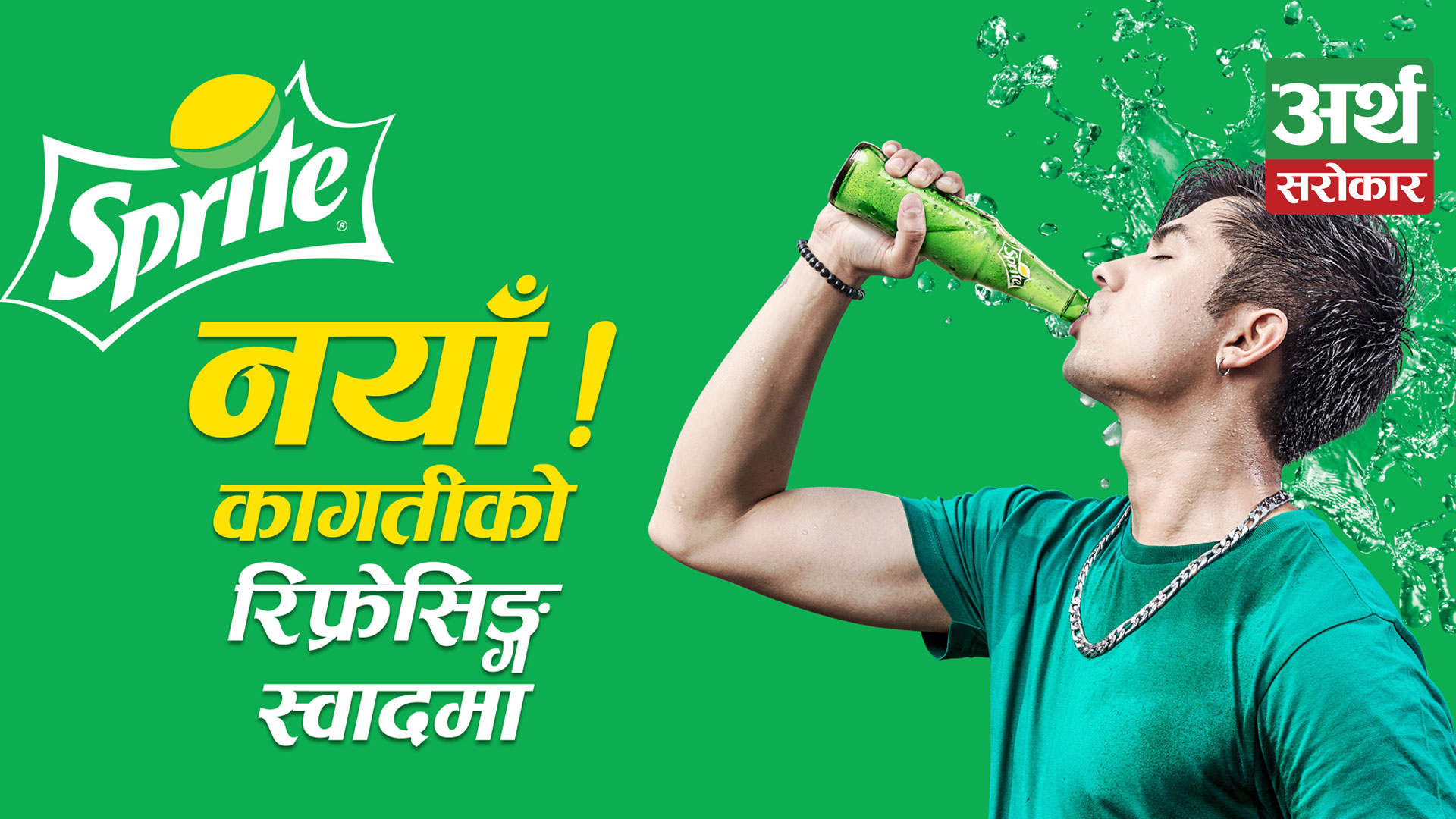 Nepal’s most loved lemon-lime beverage, Sprite has introduced a new taste of the Classic Sprite that combines the new refreshing notes with the flavor of natural lemon, offering consumers a more exciting flavor. As a part of the launch of the new refreshing taste of Sprite, Coca-Cola Nepal has launched a new television commercial featuring Sprite’s brand ambassador Anmol KC.

The commercial begins with Anmol coming back home all sweaty and tired, he heads straight towards the fridge and fetches a chilled bottle of Sprite. The viewers are enticed through a series of intricate shots where the Sprite bottle is popped open and poured it into a glass filled with ice cubes and lemon wedges. With the drinking shot the commercial advices the viewers to try out new sprite and stay cool highlighting the message ‘Refreshment through Sprite’.

Adarsh Avasthi, Country Director of Coca-Cola in Nepal quoted, “At Coca-Cola we are always striving to keep up with the evolving taste and preferences of consumers and provide more options for them to stay refreshed.Sprite has always been known for refreshing consumers’ mind and body.”

Mr. Pradip Pandey, Managing Director of Bottlers Nepal Limited shared, “We are excited to launch the new Sprite which has a more refreshing lemon taste that gives consumers the burst of refreshment. We hope consumers across Nepal will enjoy the new taste and stay cool”. Sprite Nepal has many surprises planned for its protagonists in the coming days.

About Coca-Cola in Nepal

Coca-Cola in Nepal refreshes consumers across the country through its core product offerings of Coca-Cola, Sprite, Fanta and Kinley, and impacts thousands as a System. The Company works with WWF Nepal, Water Aid Nepal and Smartpaani on innovative integrated water management solutions for water conservation, water replenishment and to improve livelihoods of communities which has made Coca-Cola a water positive company.

As part of The Coca-Cola Company’s commitment towards a ‘World Without Waste’, Coca-Cola Nepal has been working with the Mountain Clean-Up Campaign led by the Nepali Army for the past 3 years where over 71,000 kgs of waste so far from the Himalayas. Through the Saksham program, Coca-Cola Nepal is also empowering 1000 women retailers by providing training on financial literacy, hospitality, and sanitation management, and use of digital wallet.Coca-Cola Nepal continually engages in locally relevant initiations to bring about a positive difference to the lives of communities across the country.