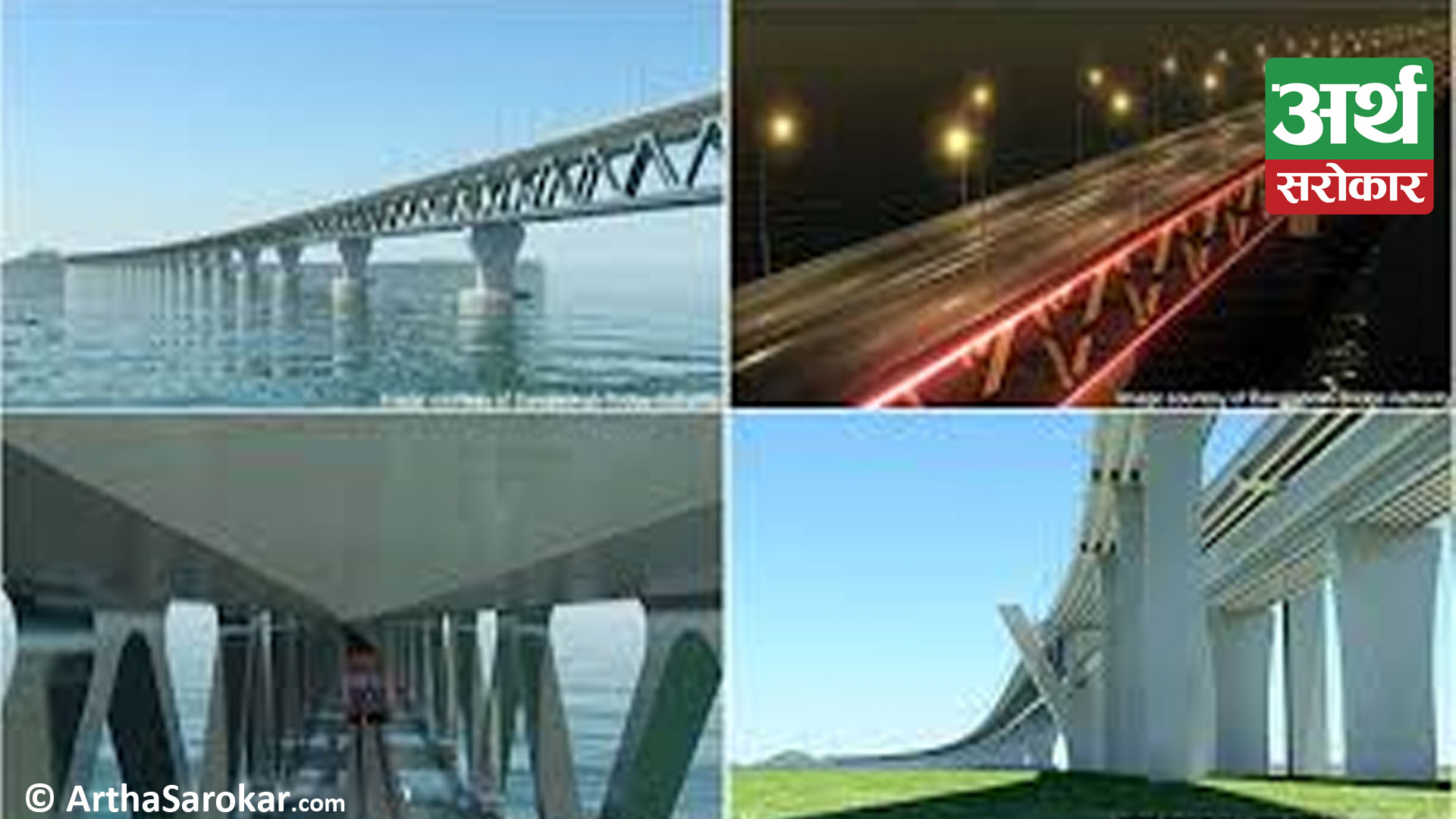 Bangladesh’s much anticipated Padma Bridge, also a dream project of the Bangladesh, is going to be inaugurated on June 25 this year and Prime Minister Sheikh Hasina Wajed will inaugurate the long-awaited bridge at 10:00 am . The commuters of 21 districts of the south-west part of the country cross the Padma River via ferries through the country’s Banglabazar – Shimulia route. Passengers and drivers have to suffer from long traffic jams. When functioned, it will be the largest bridge in Bangladesh and the first fixed river crossing for road traffic. The two-level steel truss bridge will carry a four-lane highway on the upper level and a single-track railway on a lower level.

As the Padma Bridge, the dream of millions in the south, is going to be inaugurated next month, the miseries of people are going to be ended.The multipurpose bridge, a dream project of Bangladesh connecting the Mawa point of Munshiganj and the Jajira point of Shariatpur in Bangladesh, will make the journey easier for commuters and freight vehicles, and gradually boost the country’s GDP by 1.3-2% . The Padma Bridge which is designed in two-tiers with steel-truss composite keeping road on the top and rail below is the deepest foundation bridge in the world.After inaugurating the Padma Bridge on the east side on June 25, Prime Minister Sheikh Hasina will address a mammoth rally on the other side of the river, her first public appearance in the south-western part of the country since la