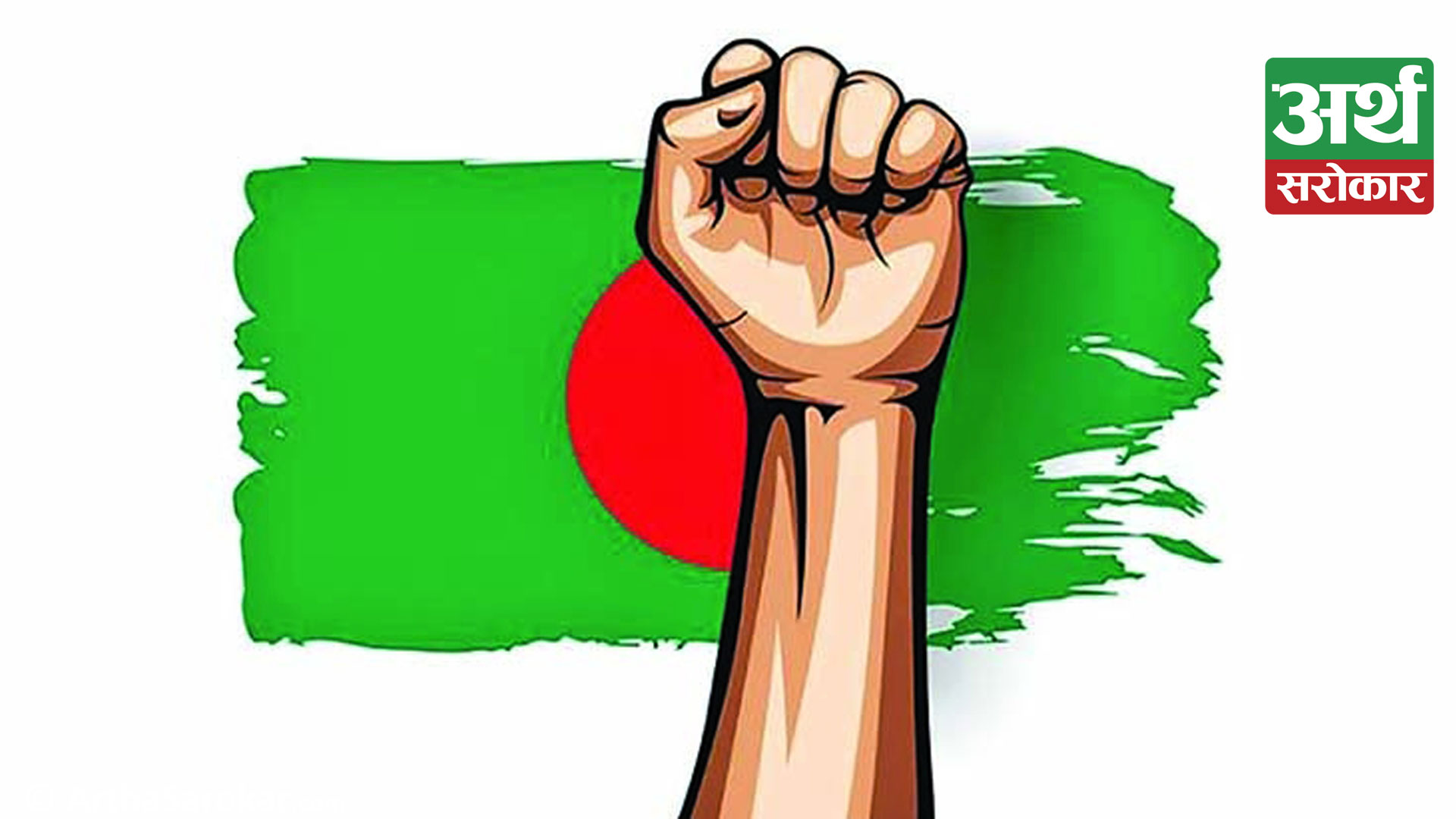 Prime Minister Sheikh Hasina has been highly praised in Pakistan’s ‘Daily Times.’ Punjab academician, researcher and international analyst. In an article, Malika-i-Abida Khattak praised Prime Minister Sheikh Hasina’s confidence, foresight and courageous decision to finance the construction of the Padma Bridge. ‘The story of Padma Bridge in Bangladesh: more than a bridge?’ In that article titled, he has raised various challenges starting from the beginning to the end of Padma Bridge construction. In the article, he said that Prime Minister Sheikh Hasina, a symbol of Bangladesh’s development by building infrastructure like the Padma Bridge, has set a precedent in the world and has shown confidence and foresight. He firmly confronted the conspiracy that had spread during the construction of the bridge and established the truth. The Padma Bridge bears the signature of Sheikh Hasina’s visionary leadership. During his rule, the world got a chance to know the potential of Bangladesh once again. Bangladesh is a country that has repeatedly shown its potential.

The article further states that the work on the Padma Bridge is nearing completion. The World Bank has withdrawn false allegations of corruption. Other donors have followed the same path. At one point, the future of the Padma Bridge and the construction of the bridge became uncertain as the World Bank and donors turned away. Then the critics expressed contempt. The conspirators also raised a storm of negative comments that it would not be possible for Sheikh Hasina to build the Padma Bridge. The article further states that the construction work of the bridge is in full swing even though the Corona epidemic has started. Due to the indomitable will power of Sheikh Hasina, the work of the bridge was not stopped even for a day. The work of Padma bridge has been taken forward by dealing with Corona. When everyone saw that the work on the bridge was progressing under the leadership of Prime Minister Sheikh Hasina, some dishonest and conspiratorial rumors started spreading.

Rumors are spread that it will take human heads to build the bridge. Malika-i-AbidaKhattak also wrote in the article that the government has dealt with such rumors efficiently. The article further states that Sheikh Hasina took a big risk for the Padma Bridge and she won. Bangladesh has already become a developing country. The Padma Bridge will take the country further. This bridge will play a unique role in taking Bangladesh to Qatar as a developed country. The decision to build the much-awaited Padma Multipurpose Bridge, which is expected to be launched on June 25, has brightened the image of the country in the world and boosted the confidence of the nation. The Pakistani media has published excellent articles praising Bangladesh’s economic model. Pakistani media have also lavished praise on Bangladesh and its economic success. At age 51, Bangladesh is going to be a South Asian economic miracle. Although Bangladesh was once a part of Pakistan, it has surpassed Islamabad in almost all socio-cultural and economic indicators. That is the attraction Bangladesh now holds in Pakistan. Rare praise from Pakistan is the highest recognition for Bangladesh.

Pakistani media had some excellent articles appreciating Bangladesh’s success story. One focused on how Bangladesh has improved its quality of life, economic strength and improved education and research. Today, even countries in Africa are being urged to look towards Bangladesh. They spoke about how Bangladesh inherited a shattered economy and a completely broken infrastructure when it became a free nation in 1971. Former US Secretary of State Henry Kissinger had called it a “basket case” in 1974. Today, the world is both surprised and delighted to see a phoenix rising from the ashes.

The Nation, pakistan’s one of the prestigious, popular national dailies, published an excellent article titled ‘Bangladesh’s thriving economic story’ on January 08, 2021. The ‘Nation’ newspaper published an article praising Bangladesh’s economic growth and achievement. It is the highest recognition from Pakistani media. The article said that Bangladesh is on the right trac and Pakistan should take lessons from Bangladesh in this regard. An article in ‘Pakistan Today’ titled ‘Why and how is Bangladesh moving forward?’ noted how Bangladesh has now given assistance to Sri Lanka and Sudan from its foreign exchange reserves. It argued that South Asia can learn a lot from Bangladesh. Dawn, a prestigious newspaper in Pakistan, had an article by Israt Hossain, a former Governor of the State Bank of Pakistan. He wrote: “The Bangladesh story is an attractive one. How can a country so vulnerable to natural calamities outperform its much larger, better-endowed neighbours — India and Pakistan — in most socio-economic indicators ?”

‘Pakistan Today’ felt that Bangladesh may miss being a middle-income country by 2024 but mega infrastructure projects like Padma Bridge, Karnafuli Tunnel and Metro Rail could help it become a developed country by 2041. But this will require an uninterrupted development environment and strong leadership. Pakistan’s The ‘News International’ published an article by Mosharraf Zaidi comparing the Bangladesh model of economic growth with Pakistan’s. Bangladesh inherited a shattered economy and a completely broken infrastructure. It was described as a hopeless economic disaster by many economic experts and world leaders such as then US Secretary of State Henry Kissinger, who called it a “Bottomless Basket” in 1974. Nobody believed that Bangladesh could survive economically as an independent country. Today the world is both surprised and delighted to see the phoenix rising from the ashes.

The people of Bangladesh suffered for years as the country saw political ups and downs from time to time. But now the picture has changed. Bangladesh is now growing and rising. Its Prime Minister Sheikh Hasina is trying to fulfill her father Sheikh Mujibur’s dream of ushering in a “Golden Bengal’. Credit must be given not only to Sheikh Hasina but also to the hardworking people of Bangladesh. Of course, PM Sheikh Hasina has made a great contribution because, without an able, dynamic and prudent leadership, the country would not have emerged as a rising star. She is still striving hard to make Bangladesh prosperous and developed within 2041.

Indeed, Bangladesh is now a prime example of a South Asian economic miracle. Many countries and international organizations are appreciating the economic rise of Bangladesh. Even Pakistani journalists are praising Bangladesh’s economic growth in their reports, editorials, opinions, etc. One of the leading dailies, Express Tribune, published an article on October 5, 2021, titled “The Meteoric Rise of Bangladesh”. According to the article, “Bangladesh has shown unexpected and very impressive economic development. The GDP growth rate surpassed Pakistan’s in 2006 and since then it has outperformed Pakistan every year and, to the surprise of leading economists, is today one of the world’s fastest-growing economies. The GDP per capita of Bangladesh is close to India and exceeds that of Pakistan”.

A Pakistani economist, Abid Hasan, a former adviser to the World Bank, wrote an article in another leading Pakistani daily, The News International, titled ‘Aid from Bangladesh’. On May 24, 2021. In his article, he said Pakistan may end up seeking financial assistance from Bangladesh by 2030. It is the economic growth achieved by Bangladesh that has earned such grudging praise from a Pakistani economist. Noted Pakistani journalist Zaigham Khan, while taking part in a television talk show Awaam on Capital TV in September 2018, advised former Pakistan Prime Minister Imran Khan to follow the development model of Bangladesh to ensure Pakistan’s progress and development. He said Pakistan should be modeled on Bangladesh instead of faraway Sweden. This was because PM Khan had made grand promises that he would turn Pakistan into a developed country like Sweden.