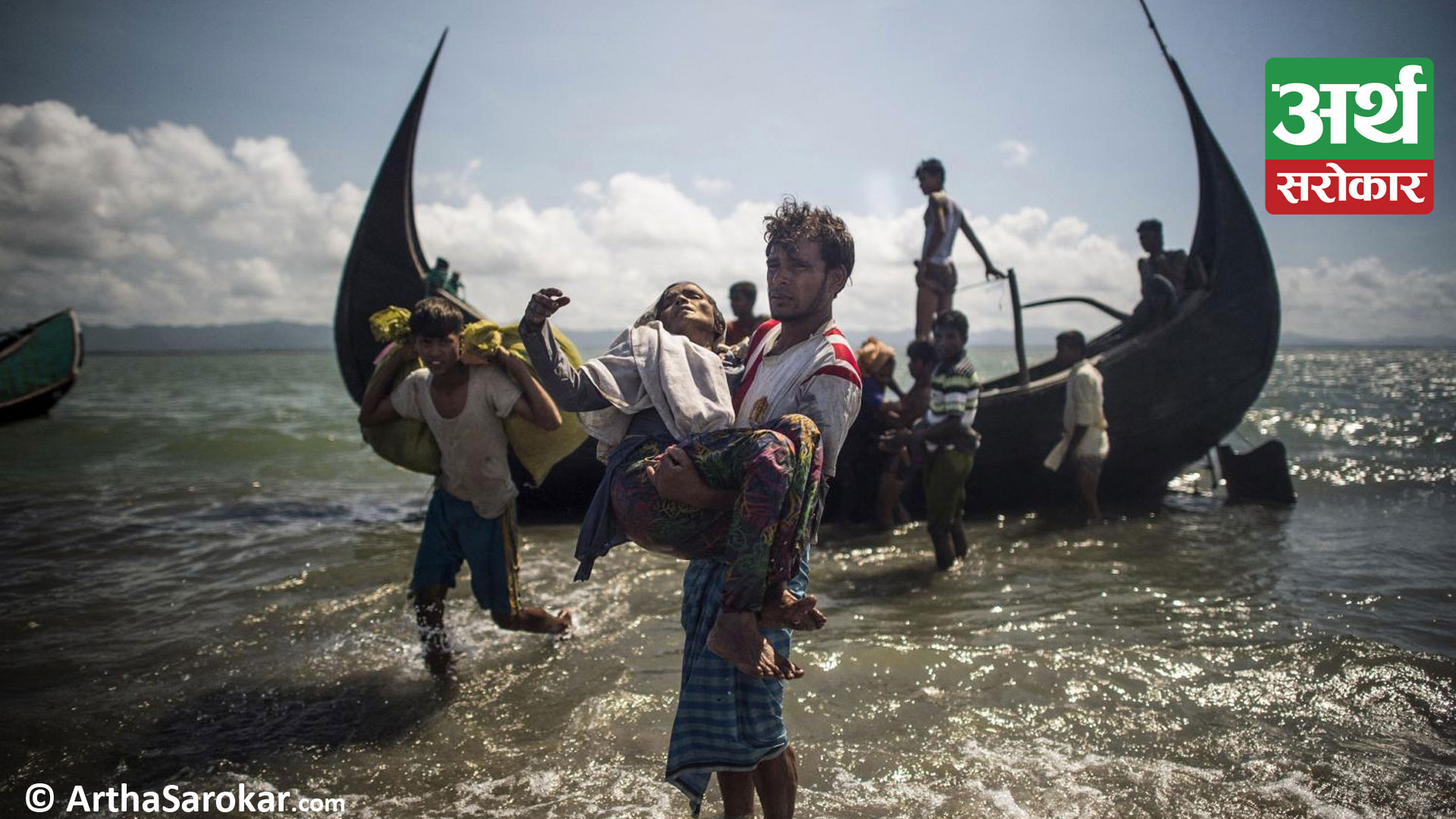 While the Covid-19 epidemic, Myanmar’s military coup in February, the Afghan refugee crisis, and now the Ukraine situation have all cast a pall over Bangladesh’s Rohingya minority, the community remains in limbo. The funding for the Rohingya is running out, Bangladesh is being made to bear the burden of the Rohingyas alone. The amount of international aid for the 1.1 million Rohingyas who have taken refuge in Bangladesh has been greatly reduced. If this situation continues, the international organizations are fearing that a terrible catastrophe will come down in the future.

According to UNHCR, only 13% of the $881 million annual response plan for the Rohingya has been funded as of this month (May 2022). According to the source, 921 million USD was expected in the outgoing year, but 635 million USD was received, which is only 69 percent of the demand in 2019. The amount of international aid was further reduced in the next year. That year(2020) the demand has been reported to be 877 million dollars, but required fund was not ensured than that of demanded fund. The international community has been warned that the situation could worsen if demand is not met.

The cost of supporting the Rohingyas is expected to be $1.21 billion per year, and the cost may rise as their number grows, inflation rises, and international financing declines. The refugees are providing cheap labor and are active in small enterprises in Cox’s Bazar, which is driving wages down and reducing job prospects for locals. They also said that the cost of living has gone up for locals. According to the report, housing the Rohingya for the first five years without repatriation would cost more than $7 billion. Foreign money for the Rohingyas appears to be dwindling, according to analysts, as only 38% of the $920 million budget for that year wascommitted. (2021) “Bangladesh’s economy is modest. Despite this, it provided refuge to the Rohingyas. The question is how much longer.

Only $366 million of the anticipated $1 billion humanitarian assistance fund for the Rohingyas have been disbursed as of July 2021. The payout has dropped to 34%, down from 72 to 75% of the total required funds in the first three years of the Rohingya influx in 2017. This drop in international donations begs the question, “Has the world forgotten about the Rohingyas? “We can bear the strain.” Funding for Rohingyas from the international community is decreasing day by day. Afghan refugee crisis and now Ukraine crisis has worsened the situation. But international community must remember that Rohingyas are also refugees and they are in Bangladesh yet. This problem is also an international humanitarian problem as Afghan and Ukraine crisis.

The Inter-Sector Coordination Group (ISCG), a coordinating body of international organizations, is working for the Rohingya in Cox’s Bazar. According to their data, international aid to the Rohingya was rapidly declining. Promised funds are not available. In 2019, only 69 percent of the demand was met. As a result, the Rohingyas who have taken refuge in Bangladesh have had to cut back on many planned expenses. Many projects taken to improve the living standards of the locals could not be implemented. 635 million was received last year, which was about Tk 540 crore in Bangladeshi currency. The lion’s share of this money was spent on food for the Rohingya. They were able to meet 75 per cent of the demand for food, 66 per cent for education, 36 per cent for health and only 35 per cent for nutrition.

We are concerned as human beings about the declining international aid to the Rohingya. Thus, if the promised funds are reduced every year, there will be a catastrophe in the future. This could lead to clashes between the Rohingyas and the locals. Bangladesh has already warned the international community about this.The Rohingyas who have taken refuge in Bangladesh will be repatriated as soon as possible. Long-term uncertainty about repatriation may encourage Rohingya refugees to engage in criminal activity. They (Rohingyas) are becoming disgruntled as a result of the prolonged ambiguity surrounding their repatriation, which poses a risk because it tempts many of them to engage in criminal activities.

When Rohingyas discover that there is little support for them, they immediately will devise a plan to make money through human trafficking, prostitution, illegal drug dealing (Yaba), confrontations between host communities and refugees, extortion and theft are all possibilities. The entire region might be thrown off balance. It is true that region may face further destabilization. ‘Necessity knows no law,’ that is true. Although international organizations are concerned about the funding of the Rohingya, they have no concern for the locals. Although 25 per cent of the Rohingya fund has been promised for the locals, very little has been spent on them. Last year, LPG was provided as an alternative fuel for 165,000 Rohingya families. Only five thousand local families have been given that facility. Despite the massive environmental catastrophe caused by the Rohingya, there is no international assistance to compensate for this loss.

According to the Center for Policy Dialogue (CPD), a Bangladeshi think tank, Bangladesh must spend roughly $1.21 billion each year on Rohingya refugees, a figure that will rise as the population grows, inflation rises, and foreign aid declines. According to the CPD, if repatriation begins, it will take 12 years if 300 Rohingyas are returned daily, assuming current population growth remains unchanged. The CPD estimates that it will cost $7 billion to house and support Rohingya refugees for the first five years without repatriation. A country like Bangladesh, which relies significantly on external debt to finance its budget deficit, will be unable to afford such a massive outlay.

According to the Cox’s Bazar Forest Department, six and a half thousand acres of forest have been occupied for the Rohingyas. The damage to the environment and biodiversity is unimaginable. The nature of the land has changed by cutting down the hills. Divisional Forest Officer Humayun Kabir said that trees are being cut down every day to collect firewood for Rohingyas. The green nature of the area is lost. More than 1 million Rohingyas have been living in the area and all activities have been affected. Agricultural land is being destroyed. If it continues like this, this area will be unsuitable for human habitation at some point.

Rohingyas were taking relief materials in the camp. On the other hand, going out of the camp is taking away the labor of the locals. Many Rohingyas are scattered in different places. They are engaged in various professions. If they are not repatriated quickly, the situation will be dire. The locals were unemployed because of the Rohingyas. Although the damage in the area is terrible, there is no international cooperation for the locals. Some organizations are crying out for the host community with nominal help. It is not acceptable in any way.