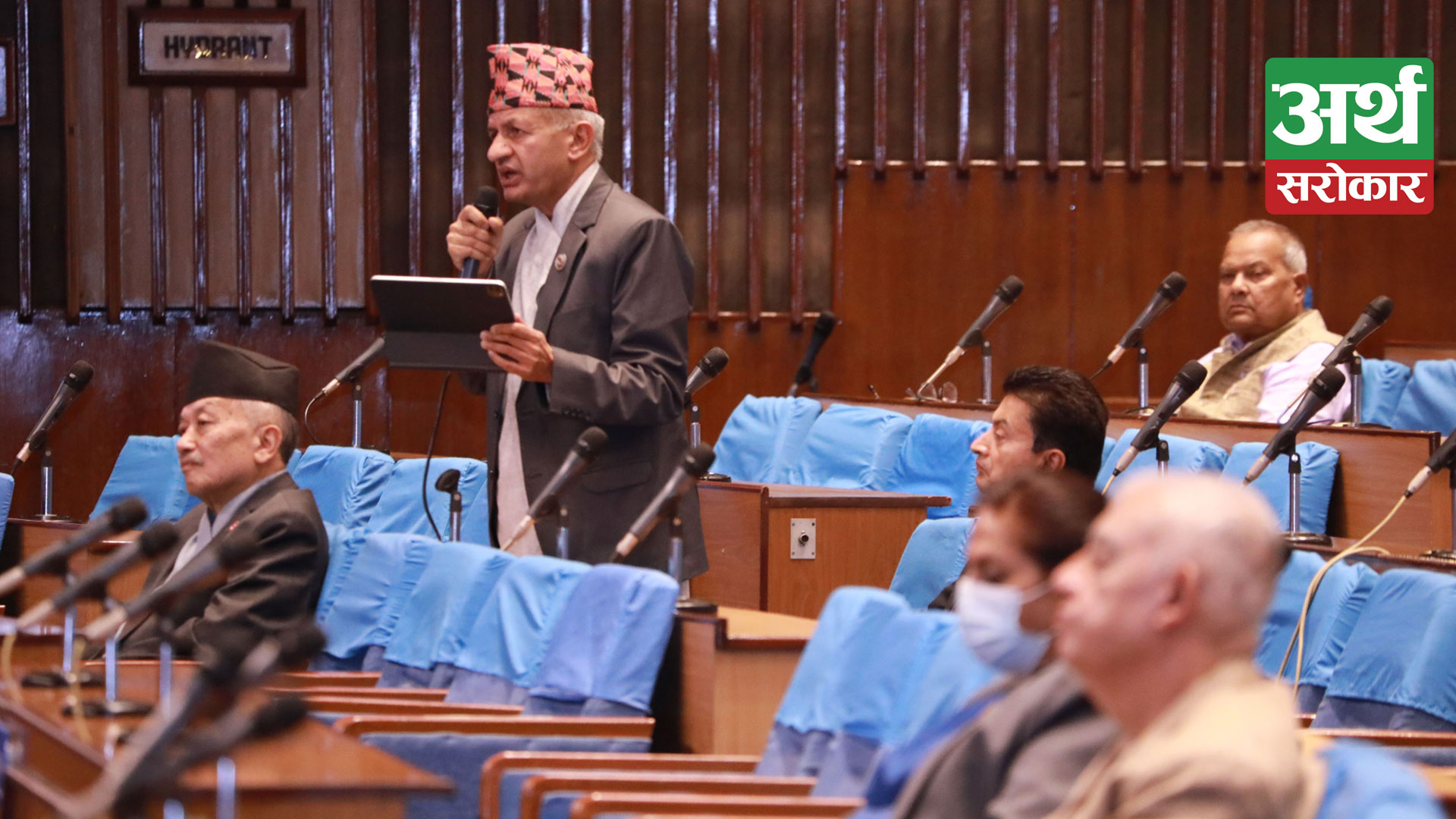 Lawmaker Pradeep Kumar Gyawali has drawn the attention of the government to check the price hike as 40 per cent price has been hiked in food stuffs. In a special hour of today’s meeting of the House of Representatives, Gyawali drew government’s attention to control price hike as the life of the people is becoming difficult due to price hike in food stuffs, petroleum products and construction materials.

“Cheap-price shops should be run in order to provide relief to the people who are below the poverty line and action should be taken against those involved in wrong doings. The price hike has taken place all of sudden”, he shared. Leader Gyawali further said that the government has to carry out activities keeping the life of the 17 per cent people that are below the poverty line in mind. “The government has failed to pay attention to control price hike. The Parliament should speak in the difficulties facing by the people”, he opined.

Urging the Speaker to make ruling in the name of the government on the issue of controlling price hike, Gyawali demanded the government to resolve the problems of fertilizer and textbooks immediately as farmers have been facing problems in paddy plantation in lack of fertilizer and students of remote areas have not got textbooks yet. He also asked the government to increase the wages of daily wagers as well as to carry out test of the quality of food stuffs, to remove artificial scarcity, syndicate and curtailing.