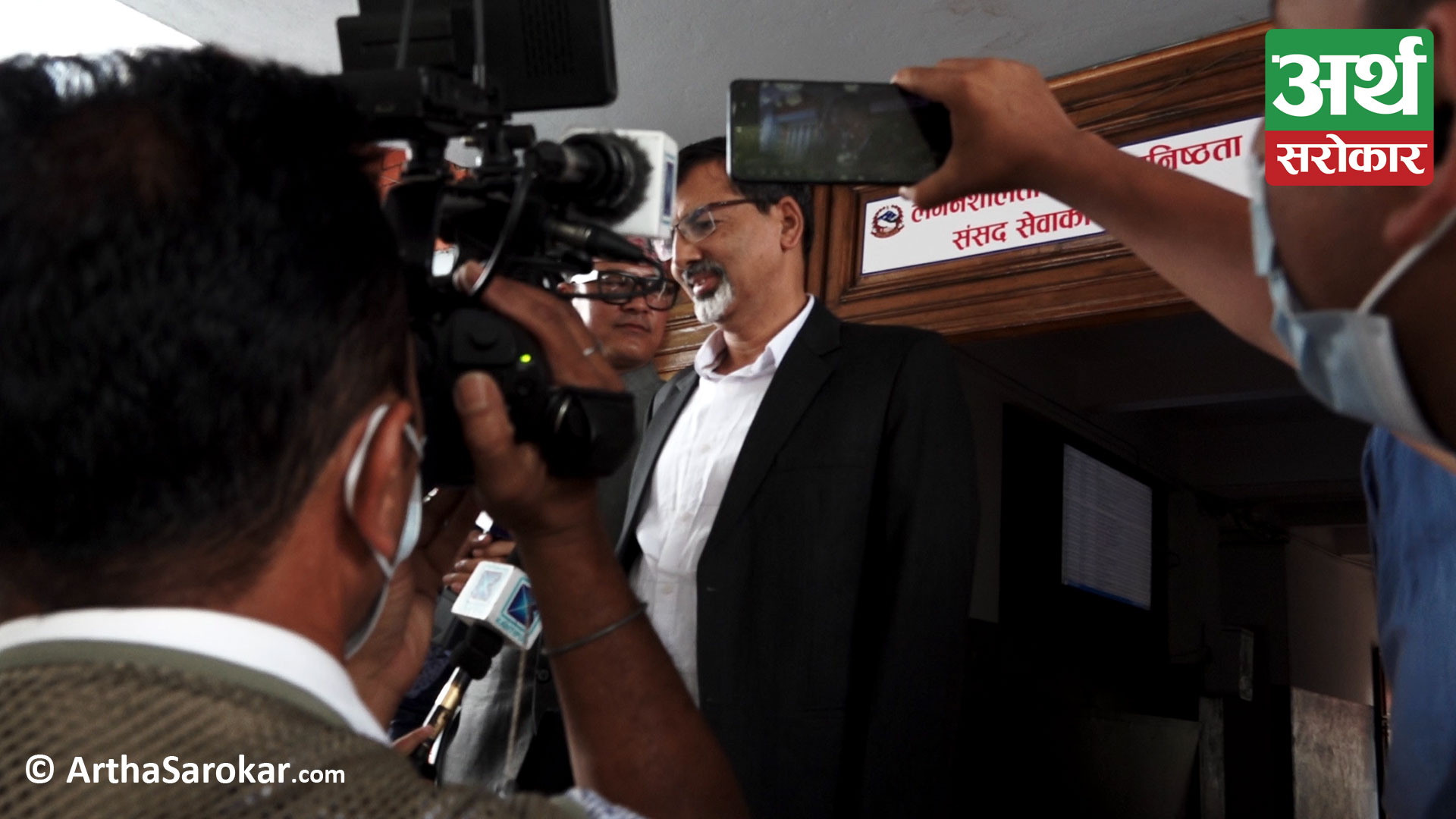 Former Finance Minister Janardan Sharma has said that he has candidly responded to most of the topics he was asked on by the parliamentary committee. The Parliamentary Investigation Special Committee formed by the House of Representatives had questioned former Finance Minister Sharma today on the issue of the alleged involvement of unauthorized persons in course of finalizing the budget for the current fiscal year.

Sharma said he gave clear answers to the queries put by the Committee. “I have replied each and every question they asked,” the former Finance Minister said after coming out putting his opinion in the Parliamentary Committee’s meeting today. In the meeting, Sharma had asserted that no unauthorized person was brought in and no illegal work has been done in course of preparing the budget. He argued that he himself in the capacity of Finance Minister had changed the rate of tax and no unauthorized person was involved in this.

Stating that the charge leveled against him is baseless, former Finance Minister Sharma contended that he decided upon the budget by remaining within the due process, laws and procedures. He insisted that he was accused for nothing. Following widespread criticism from all sides, the House of Representatives, the lower house of the Federal Parliament, on July 6 constituted an 11-member parliamentary investigation committee. Speaker Agni Prasad Sapkota has given 10 days to the parliamentary investigation committee to carry out its works and submit a report on this.