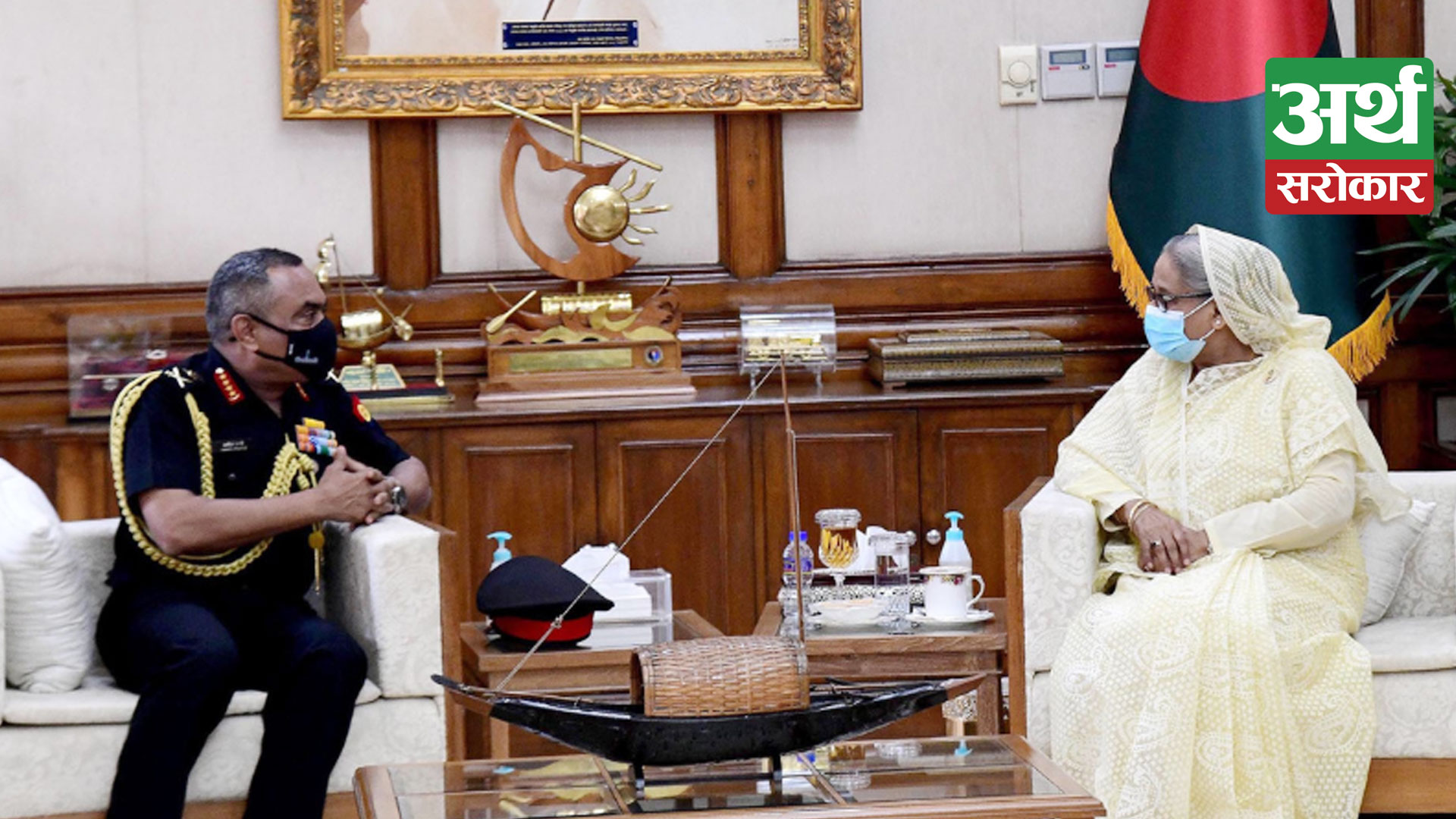 Manoj Pande met with senior members of the security establishment several times throughout the day to discuss defense-related topics. In Dhanmondi, at the Bangladesh’s Father of the Nation Bangabandhu Sheikh Mujibur Rahman Memorial Museum, he also paid respects. He met with Bangladesh PM Sheikh Hasina on Tuesday and focused on strengthening bilateral ties. The army chief spoke the Defense Services Command and Staff College, Mirpur, professors and students on the second day of his visit. After that, he met with staff at the Bangladesh Institute of Peace Support and Operation Training, a prestigious institution in Bangladesh