Lete and Kobang in Mustang district, once famous for apples and products made of apple such as dried apples, apple jams and brandy (Marpha) among others, no longer grows apple lately. Locals who had been depended on apple farming in both localities situated at around 2,500 metres above the sea level are left with no other option than seeking alternative to apple farming.

Much to the astonishment of the locals, until a decade and half ago apples used to be grown commercially in the land only up to 3,000 metres above the sea level. These days, apples are cultivated in the highland above that elevation. In Lete and Kobang, fruits like pears, walnut and apricot were put in place as an alternative to apple farming, informed Agriculture Knowledge Centre, Mustang Chief Prakash Bastakoti. He shared that apple was grown in Lomanthang (3,800 meters) and its surrounding areas lately.

Locals shared that apple farming was booming in Muktinath and Chusang areas in the district known for producing fragrant, juicy and crispy apples. Proprietor of Hotel Grand Sambala in Muktinatha, Suraj Gurung, shared that more and more farmers in those areas were fascinated in commercial apple farming of late.

The residents in the high hills said they could see a change in rainfall pattern these days. The settlement here would see rainfall rarely in the past, but these rainfall is not an occasional phenomenon for them. With the start of rainfall here, old-age structures made of clay are at risk of collapse. People residing around the Nilgiri Peak in Mustang said the area would not see rainfall annually, but now the pattern has got changed and it has been frequent, weakening the clay-made structures.

Settlements on the lap of the Nilgiri are facing the consequences of the change in rainfall pattern. Lupra, Marpha, Jomsom, Chhairu, Thini and Thyang feature the traditional houses with clay roof tiles. It seems such roof tiles are not enough to resist rainfall as they are gradually getting crumbled with rainfall becoming frequent.

Such structures are made for special purposes to challenge a chilling cold in the high alpine settlement. They work as the indigenous air-conditioning system to keep houses warm and prevent the people from consequences of biting cold. They still remembered of using shovels to clear off the snow depositions from their roof sometimes.

Climate in high lands is almost all time cold and houses with clay roof keep them less affected by the cold. Locals said they now see challenges to keep the indigenous architect intact. The scale of incidences of rainfall-caused disasters has gone up while changing climate system has its direct impact on the agriculture production. Peaks here are facing the snow melting. They seem at high risk of extinction.

Ram Chandra Baral who teaches at Prithvi Narayan Campus Pokhara said that topics like increase in rainfall in the mountainous region and change in the agriculture system, among others can be linked to the climate change effects. Baral has been conducting research on various issues of the mountainous region since long.

He shared that he has been closely observing the apple farming shifting to higher altitudes, relating his research experience since nine years. Baral added that he bought apples for Rs 60 per kilo at Marpha, for Rs 100 at Jharkot and for Rs 150 at Jhong back then. As he said, the taste of apple became more delicious the higher the altitude of its cultivation.

Baral added that in recent years attraction has increased towards constructing apple orchards at higher regions as Yara and Ghami areas of Mustang. Mosquitoes which are usually found in tropical regions have also started to be seen in the mountain region these days. So people have to use mosquito nets.

Moreover, places like Lomanthang, Chhonup, Chhoser, Surkhang, Charang, Ghami among others in Upper Mustang are facing water crisis due to the low amount of snowfall. The water crisis was so acute at Samjung settlement in Chhoser that it had to be shifted to Namasung village.

“Before, it was said that the monsoon does not cross the Himalayas. But now it has crossed. The sudden flash floods in Manang and Mustang, the trans-Himalayan districts, last year is the vivid example of this change in monsoon weather pattern,” Baral pointed out. 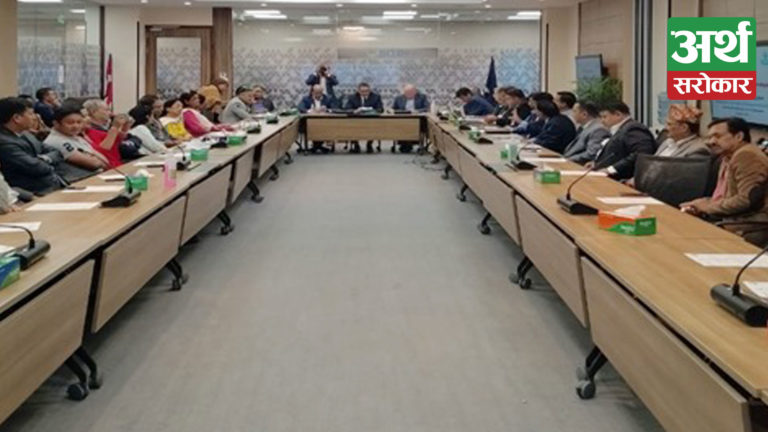