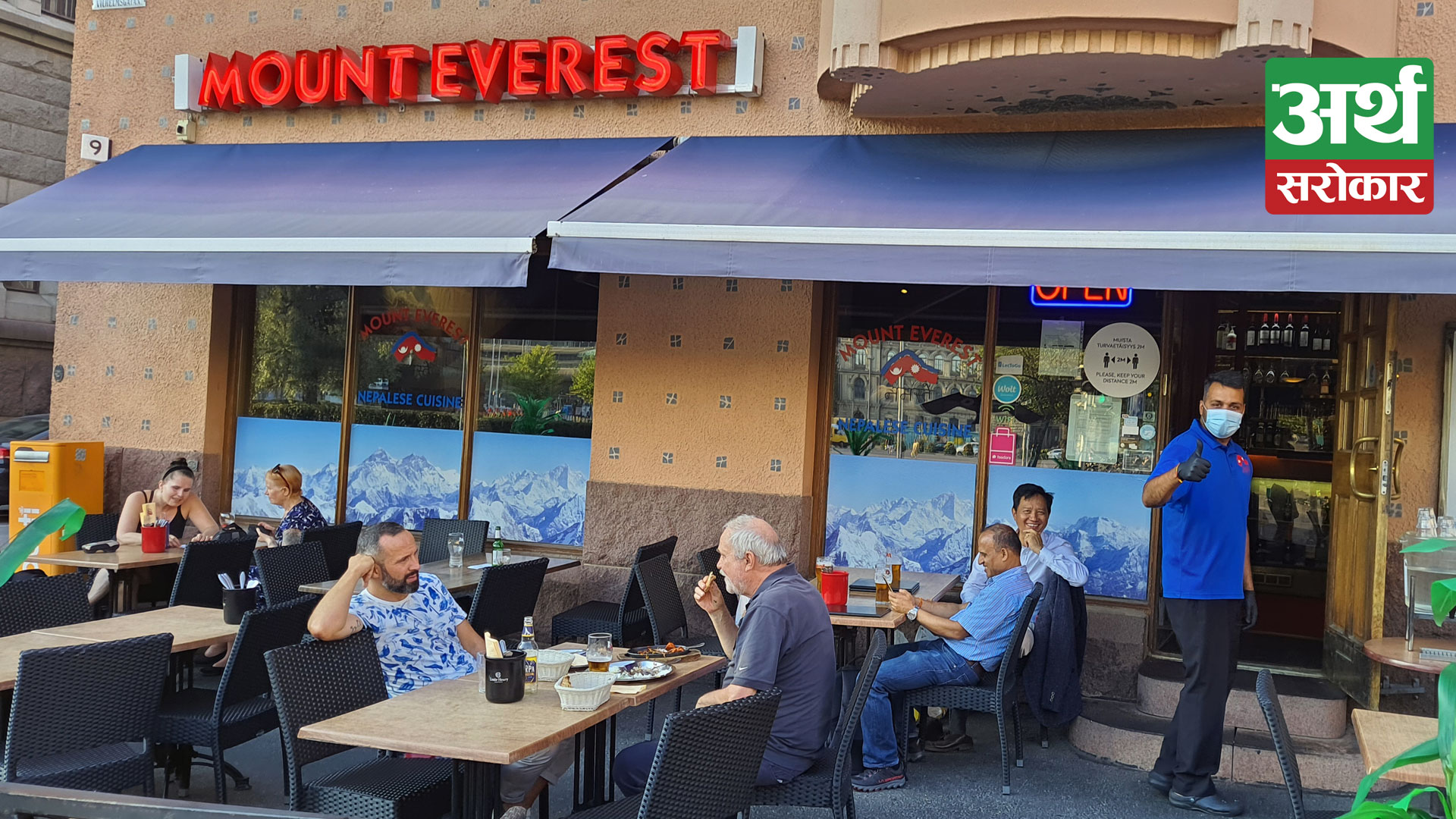 International price rise has been assessed as one of the major consequences of ongoing Ukraine-Russia war. The ongoing war that had begun on February 24, 2022 had its significant implications in the commodity prices in the wider part of the world. Those Nepali who are presently in various European nations in course of pursuing higher academic degrees and of the employment have suffered a major price shock due to the between two close neighbours.

Arun Sharma, 29, a Finland-born Nepali who operates restaurants at different locations in Finland says the Finnish people including those from Nepal facing tough times to resist soaring market prices following the Russia-Ukraine War. Though Finland is popularly known for good social security facility, the price rise by around two folds has made their days challenging. The Sharma’s family has been in Finland since the past 40 years. According the to the UNDP’s World Happiness Index, the people in Finland are happier than the people in other countries, but the consequences of war pose a looming threat to their living status and the lifestyle.

It seems that their further course of life would be different than of the past and the present. The people in Finland prefer outing, visiting restaurants and enjoying games instead of spending their spent in purchasing land or private houses. But with the beginning of war, their priorities have got changed. They could feel a paradigm shift in their lifestyle. They are doing their best to develop the culture of ‘financial savings’. As Sharma said, he could see changes in their social and economic status and in the customary practices as well.

He said saving cultures is being cultivated among the people in Finland. As the war dealt a major shock to the commodity market, people in Finland have already started cutting back on multiple expenses and its impacts are becoming visible in the Finnish economy, according to Sharma. Describing the present scenario in Helsinki, Arun Sharma said, “Prices have shot up from February 22. The inflation is 9.5 percent during this period.”

Similarly, the number of tourist arrivals has drastically fallen. Sagar Kharel who has been living in Helsinki for the last seven years said that high-spending Russian tourists were not coming to Finland. Stating that high inflation has affected every sector in this Scandinavian country, he said, “The daily commodities have become dearer. Salary has not increased. Before, one could buy a lot of goods with little money but it’s not like that these days.”

According to him, the Euro has devalued. Both the Euro and Dollars are equal in value. It was not like this before. According to Murari Bhandari, who has been living in Helsinki since the last 10 years, there is people-to-people relation between Finland and Russia. Therefore, the Russia-Ukraine war has much impact in Finland compared to the rest of the European countries. “The Finland-Russia relation can be compared to the Nepal-India ties. So, the conflict has affected all sectors. Russian visitors used to come here in large numbers, it’s not so anymore.”

Bhaktiram Bhandari also echoed Murari. He said the increase in prices has hit the country. “It has become difficult even to buy the daily essentials. Petroleum prices have increased. A litre of petrol cost 1 Euro 30 Cents before and it costs two Euros 10 Cents now. It had nearly reached three Euros a month back. This price is excessive for this place,” Bhaktiram, who has been living here for the last 40 years, said.

Not only are the citizens of Finland, even the government here suffering the pangs of price rise. This issue also came up during the meeting on Tuesday between Minister for Energy, Water Resources and Irrigation Pampha Bhusal and Minister for Development Cooperation and Foreign Trade Ville Skinnari of Finland.

On the occasion, the Finnish minister shared that the prices of food grains and petroleum products have shot up in Finland due to the Russia-Ukraine conflict, which has invited social and economic problem in his country. Finnish Nepali Society secretary Nabin Bhattarai said that more than 5,000 Nepalis are residing in Finland, most of them in Helsinki. The Nepalis here are not facing unemployment but they have been stung by the latest inflation.