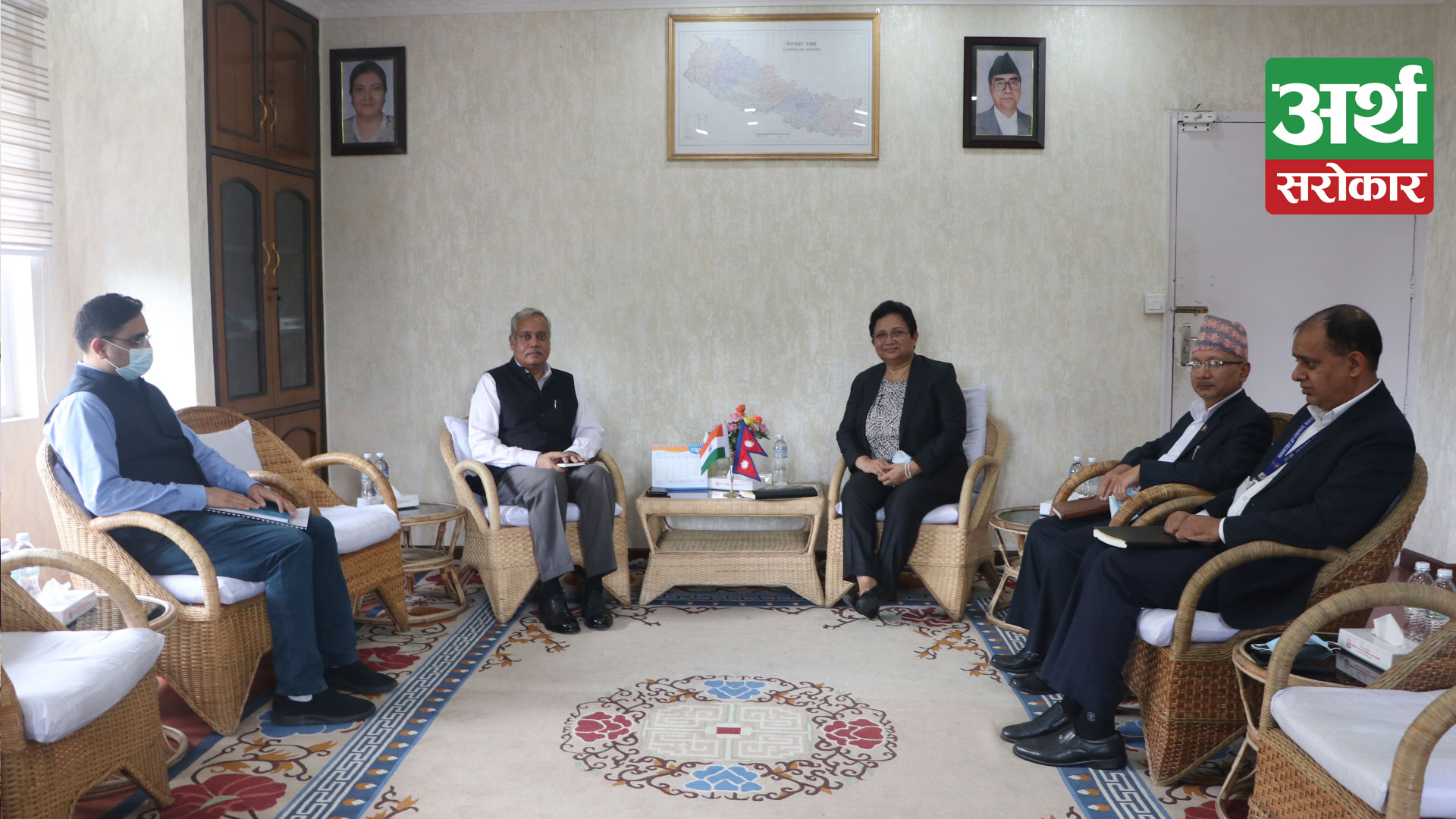 Ambassador of India to Nepal, Naveen Srivastava paid a courtesy call on Minister for Energy, Water Resources and Irrigation, Pampha Bhusal at her office in Singha Durbar today.

On the occasion, they discussed on matters of energy trade and flood control. Minister Bhusal shared in the meeting that 1,000 houses have been displaced due to the flood in the Saptakoshi River following heavy rains, stressing on the need of mechanisms from both sides to work actively to resolve the problem.

She spoke of the need of activating the mutual partnership for further expanding the energy trade between the two countries. The Energy Minister said that both sides needed to take initiatives and produce the results quickly for the effective implementation of the agreements signed between Nepal and India. Bilateral preparations should be expedited for construction of projects in coming days, she stressed.

Indian ambassador Srivastava said that he was constantly holding discussions with the government and private sectors of India related to hydropower and irrigation, and gave assurances of his initiation for taking ahead the implementation of bilateral projects in an effective way in the coming days.

He said India was ready for further expanding the energy trade between the two countries for mutual benefit.
Energy Secretary Sushil Chandra Tiwari and Joint Secretary Baburam Bhandari were also present in the meeting.