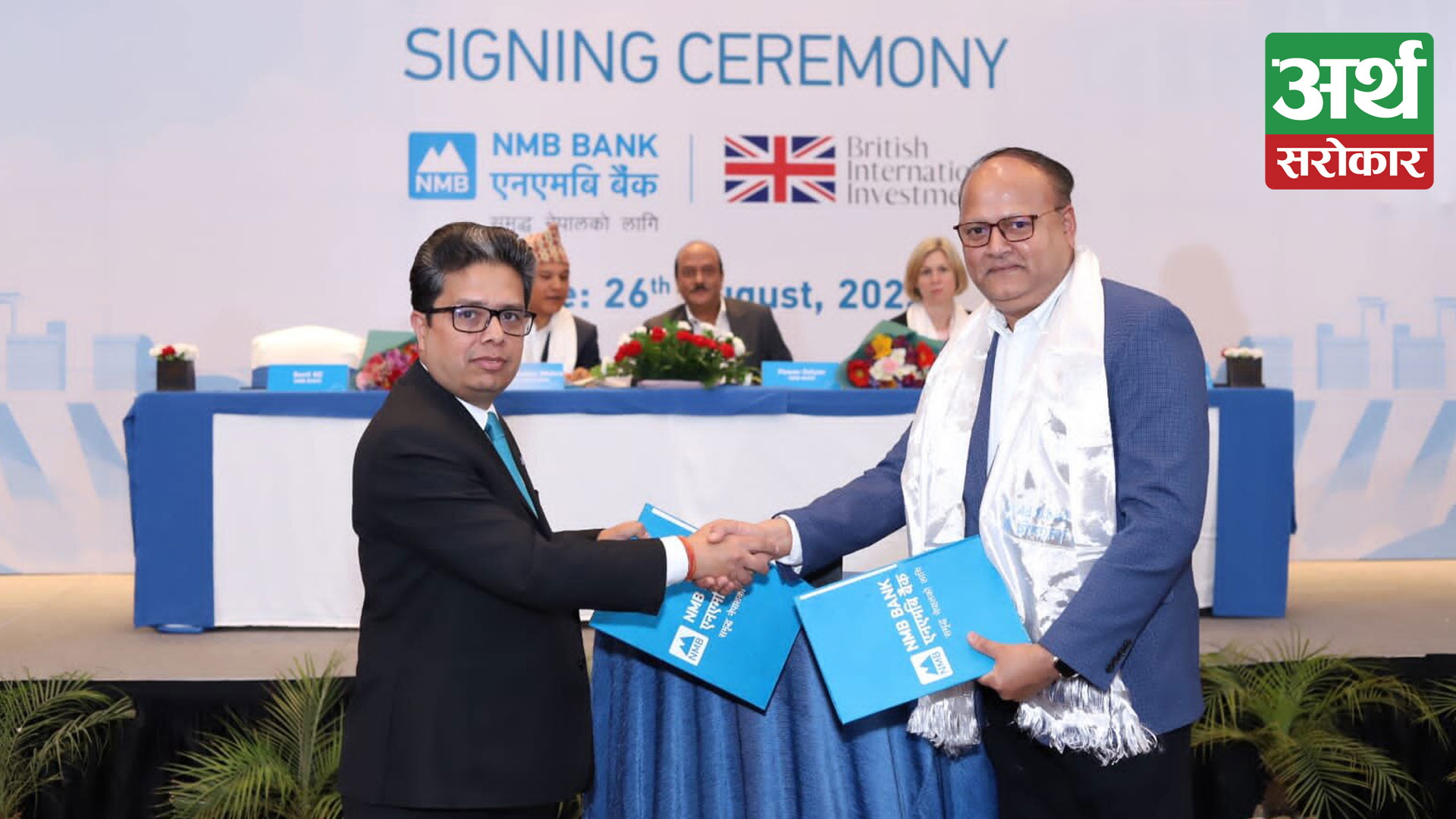 NMB Bank, one of the premier banks in Nepal with unique brand identify of sustainable and value-based banking has secured a first-of-its-kind $25 Million climate finance facility from British International Investment (BII), the UK’s development finance institution and impact investor. The loan facility is expected to support the development of the bank’s climate finance eligible assets, boosting NMB bank’s financing capacity for Hydropower and other renewable energy projects.

This investment reasserts the bank’s commitment to explore diverse and novel fund sources for financing its primary focus areas of real economy sectors and renewable energy projects, including hydropower projects. The deal, which follows the DFI’s initial investment of $15 Million in 2018, represents the continuance of the enduring relationship between BII and NMB.The investment from BII is in recognition of Nepal’s immense hydropower potential along with NMB Bank’s expertise and track record in successfully delivering on hydropower and renewable energy projects.

The deal comes at a time when the power industry is grappling with shortage of liquidity and funding sources. The investment is expected to boost NMB’s capacity to grow its renewable energy and hydropower portfolio while assisting in the government’s long