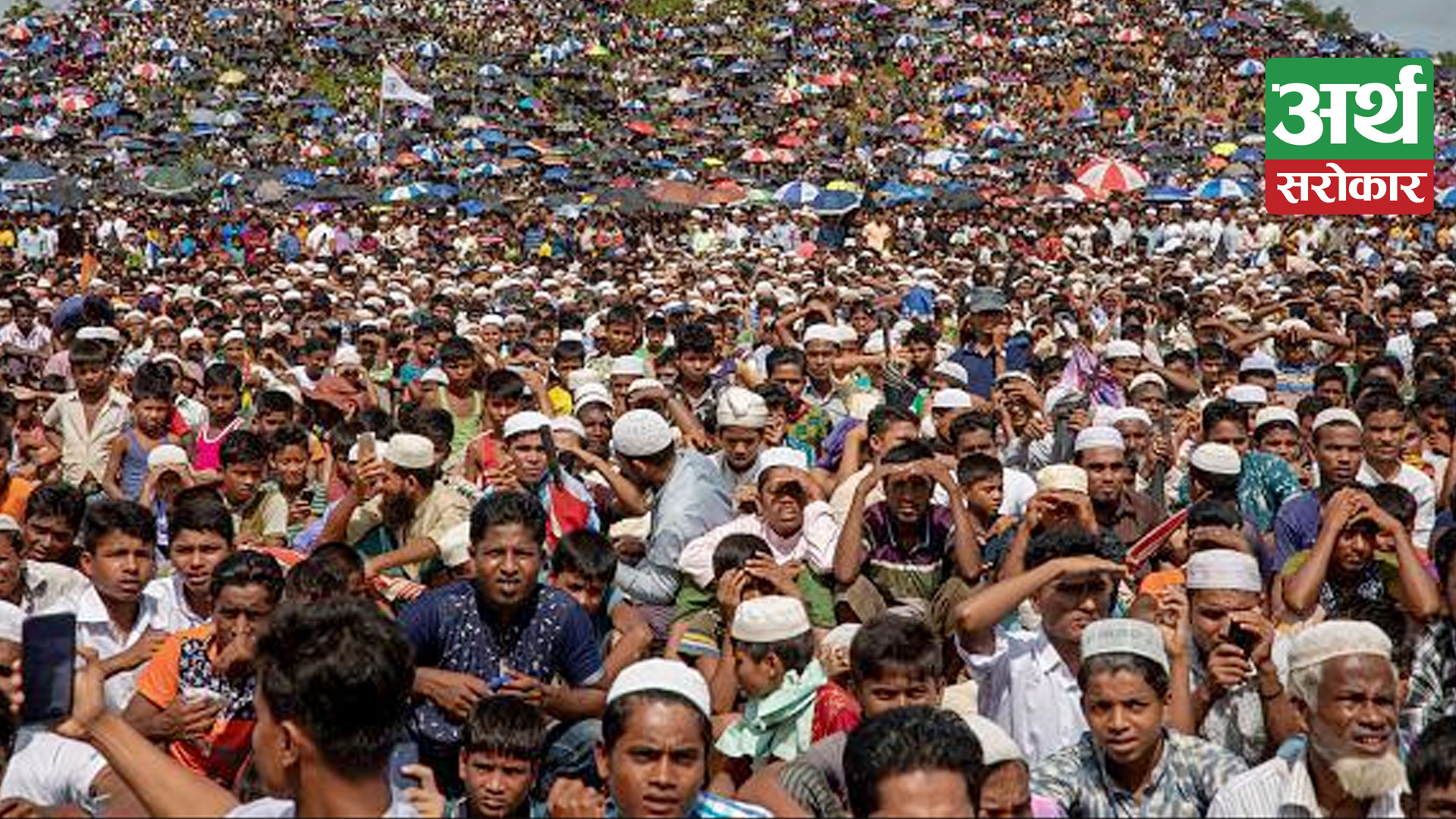 Rohingya refugees shout slogans at a protest against a disputed repatriation program at the Unchiprang refugee camp near Teknaf on November 15, 2018.

For the past five years, there has been much speculation about repatriation of Rohingya refugees. Recently, the UN High Commissioner for Human Rights, Michelle Bachelet, added a new dimension to the issue. On August 16, she visited the Rohingya camp in Ukhia, an administrative region in Cox’s Bazar district, Bangladesh.

The Rohingya expressed hope that she would promote their right to return to Myanmar. According to media reports, she tried to explain that the situation in Rakhine state is not yet favorable for the repatriation of Rohingya and advised them to wait and be patient.

On August 25, 2017, the Myanmar military carried out a massacre of the Rohingya population in Rakhine state. The Bangladeshi government gave shelter to the Rohingya on humanitarian grounds.

During the five years that have passed since then, Myanmar has tried to cover the issue of repatriation of the Rohingya under the cloak of various dramas. Myanmar has continually tried to convince the international community that it is serious about taking back the Rohingya, but its actual steps have fallen short.

On November 23, 2017, a 19-point agreement was signed between the governments of Bangladesh and Myanmar regarding the repatriation of the Rohingya, but its practical reflection is still not visible. On August 22, 2019, Myanmar announced that 3,450 Rohingyas would be divided into seven groups and taken back to their ow