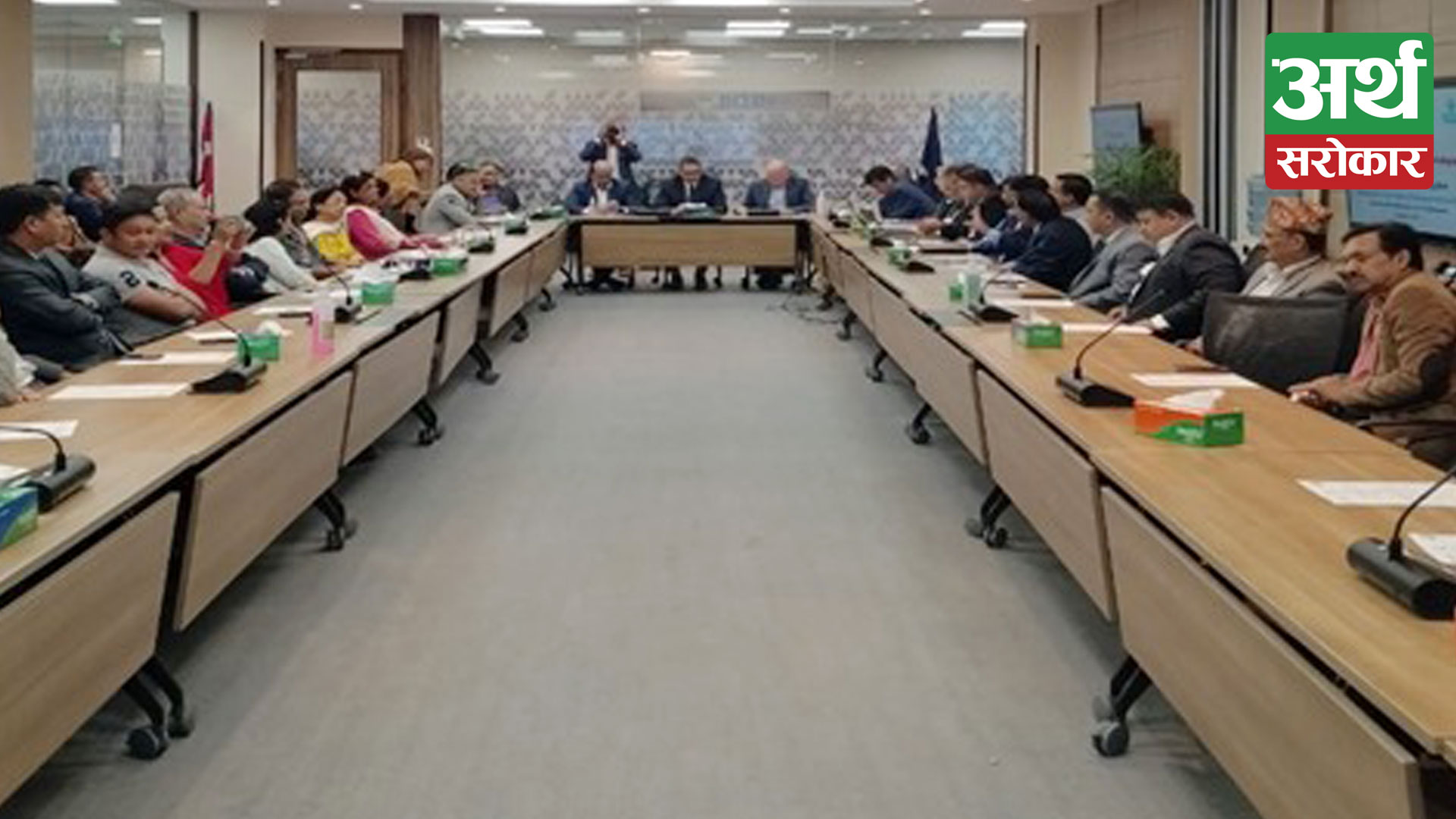 NEA and CBFIN in collaboration with the World Bank organized an interaction meeting on ‘Commodity Prices and Economic Development’ today. The interaction focused on increased inflation fiscal deficits, the rise in global commodities, and its impact in South Asia including Nepal. Moreover, as Nepal’s economy is integrated heavily with the Indian economy, an unpegging approach with Indian rupees has both pros and cons. Export competitiveness getting weak, fiscal deficits are going high, and coping with the emerging challenges for survival is becoming more difficult.

The suggestions from the World Bank were on recognizing the reality to capitalize on the opportunity even during turbulent times. There is a need to enhance domestic production, promote MSMEs by resource mobilization and give informal small firms access to markets and credit using digital technologies, World Bank’s Chief Economist of South Asia Region Dr. Hans Timmer suggested.  Mr. Pawan Kumar Golyan President of CBFIN suggested that if the loans/grants being supported by the World Bank to the Nepal government are channelized through BFIs, it will really bring stability to the market in terms of liquidity and stabilize market prices including improving the business environment.