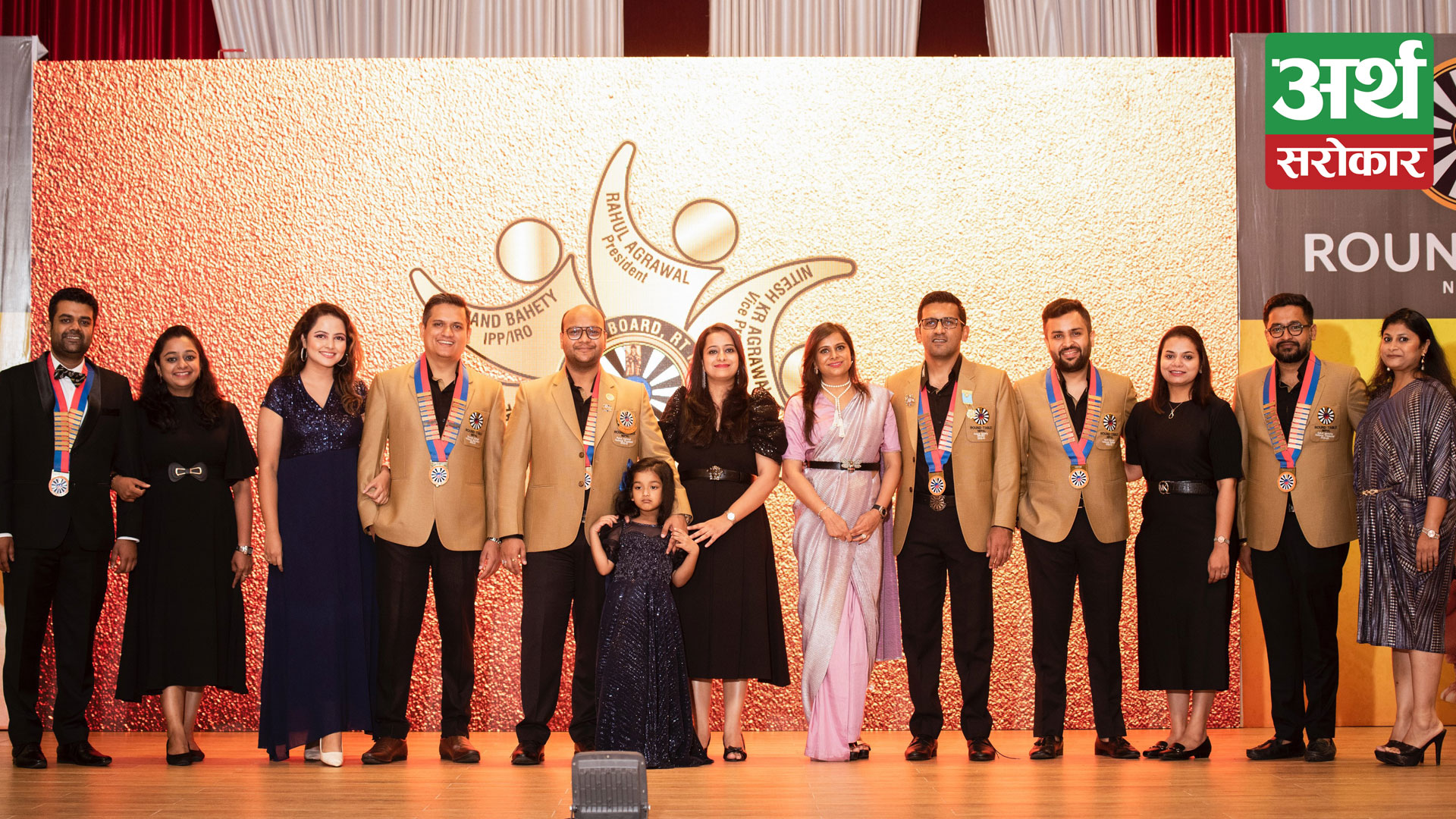 Round Table Nepal (RTN) successfully conducted its 22th National Annual General Meeting held at Hotel Siraichuli on the 3rd of Sep and was attended by various member countries under Round Table International where  Mr Rahul Agrawal was elected as the new president of RTN and his board consists of Nitesh Kumar Agrawal as vice president and Diwash Subedi as secretary.

Similarly, Saket Murarka as treasurer and Nikhil Bansal as Editor. The immediate Past President and International Public Relations Officer Anand Baheti has spoken about his accomplishments during his tenure. Guests and delegates from Germany, France, India, Bangladesh, and other countries attended the program.

The general meeting was attended by over 400 members from across the country. Round Table Nepal is a zero-overhead organization, thus every penny raised and donated is only used towards building schools under the Freedom through Education.