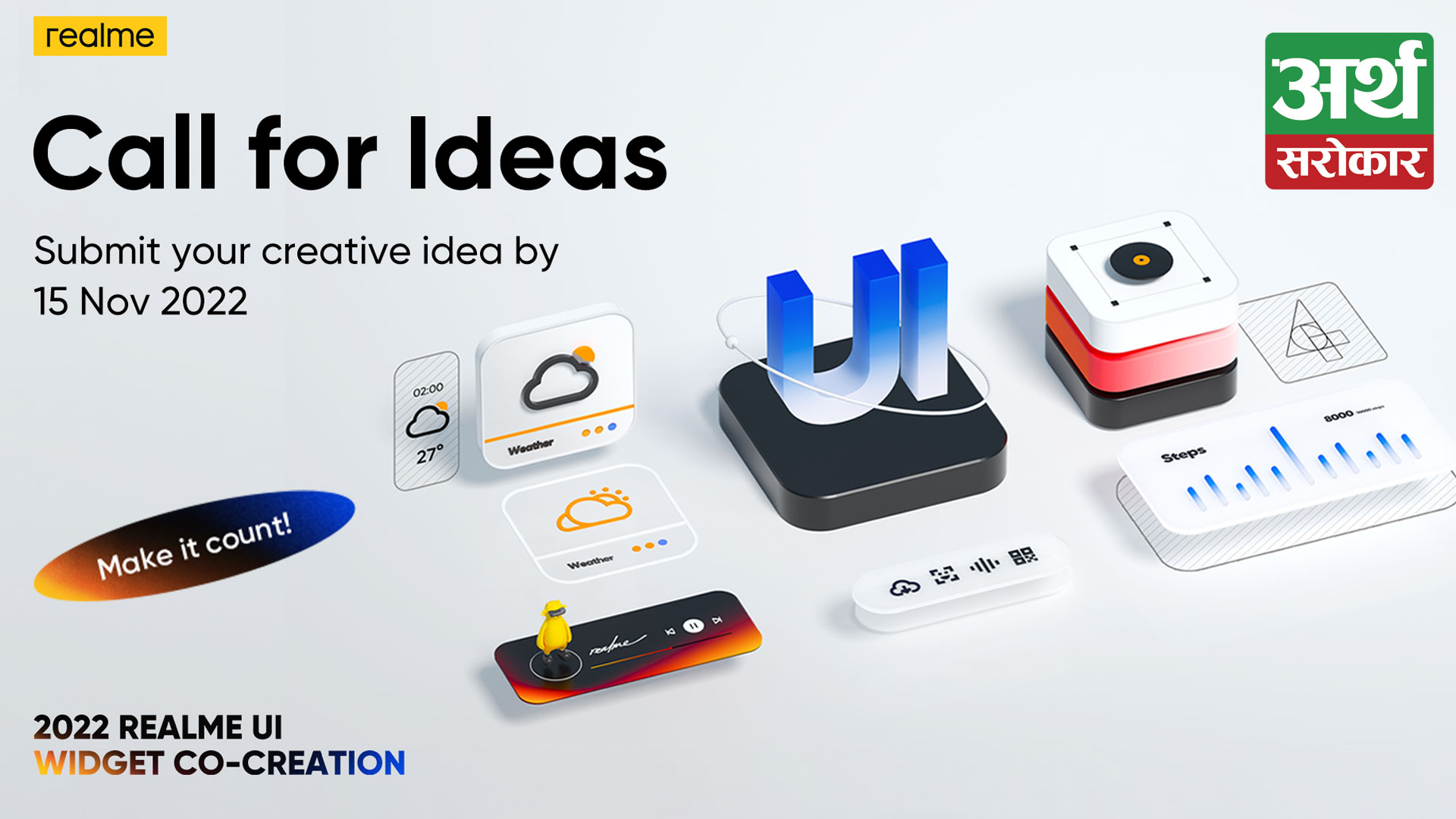 Realme, the world’s fastest-growing smartphone brand, is organizing realme UI Widget Co-creation Campaign. Realme has organized this event not just for application developer, an UX designer or an employee of a smartphone company but for everyone.

The main motive of the realme organizing this realme UI Widget Co-creation Campaign is to co-create new realme UI widget with fans around the world, connecting the physical world with the digital one through creativity as realme fans will have a unique opportunity to influence and co-create future realme UI widget.

Not only will realme make sure that new realme UI widget has a unique, cutting-edge design, but realme hope to implement some advanced functionalities so it will blend perfectly with your daily usage and provide you with the information you need every time they unlock the screen. The function of the widget is to display the information on the home screen more conveniently.

In this realme UI widget co-creation campaign, realme is expecting its users to submit more interesting and intuitive ideas to display information based on some information of the system. What widget would you like to have on your home screen? Seize the chance to have your idea come true and inspire our upcoming realme UI widget. You can Submit your idea on the description below:

Realme is a technology brand that specializes in providing technology products with a comprehensive superior experience for the youth. The brand was officially established on May 4th, 2018 by its founder Sky Li, along with a young and strong team that has rich experience in the smartphone industry.

Committed to creating a smart, connected and trendy lifestyle for the youth, we democratize cutting-edge technology to provide the best technology products in each price segment. Realme has become world’s No.6 smartphone brand in Q2 2021 with a holistic smartphone portfolio from entry-level up to flagship segments including GT Series, Number Series, Narzo Series and C Series.